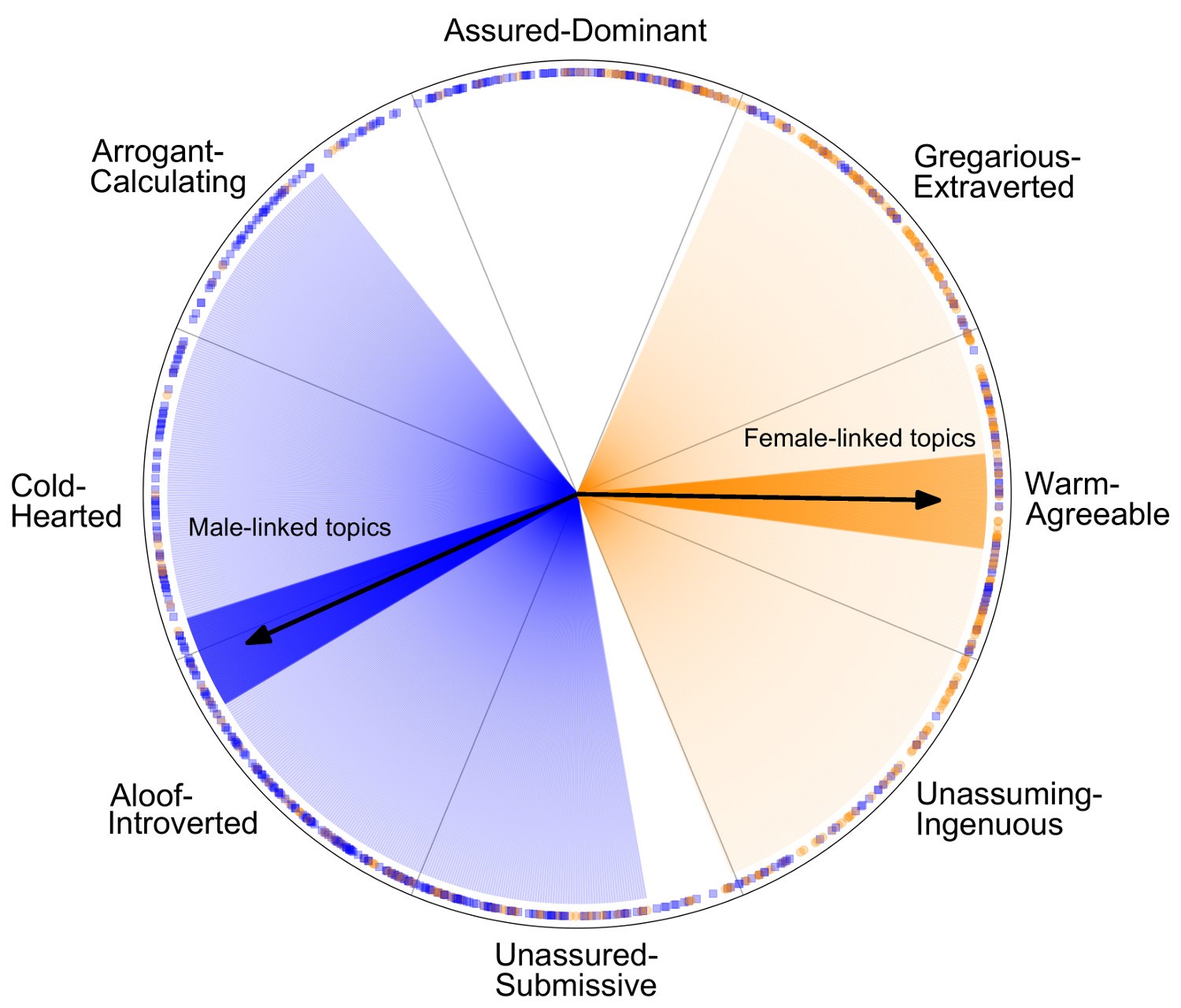 Stony Brook, NY – May 26, 2016 – In a computational analysis of the words used by more than 65,000 consenting Facebook users in some 10 million messages, it was discovered that women use language that is warmer and more agreeable than men. Additionally, algorithms of language use predicted one’s gender on Facebook 90 percent of the time. The findings are published in
PLOS ONE

Psychologist Dr. Margaret Kern, of the University of Melbourne and one of the study authors, noted that “in many ways, the topics most used by women versus men are not surprising – they fit common gender stereotypes. The computational methods let us make visible what the human mind does to automatically categorize people and thanks that we encounter in our everyday life.”

The study also demonstrates a method to test psychological theories at a large scale, with a way to visualize the results.

An interactive visualization enables one to view what their own Facebook language says about their gender. To view, click on this link.