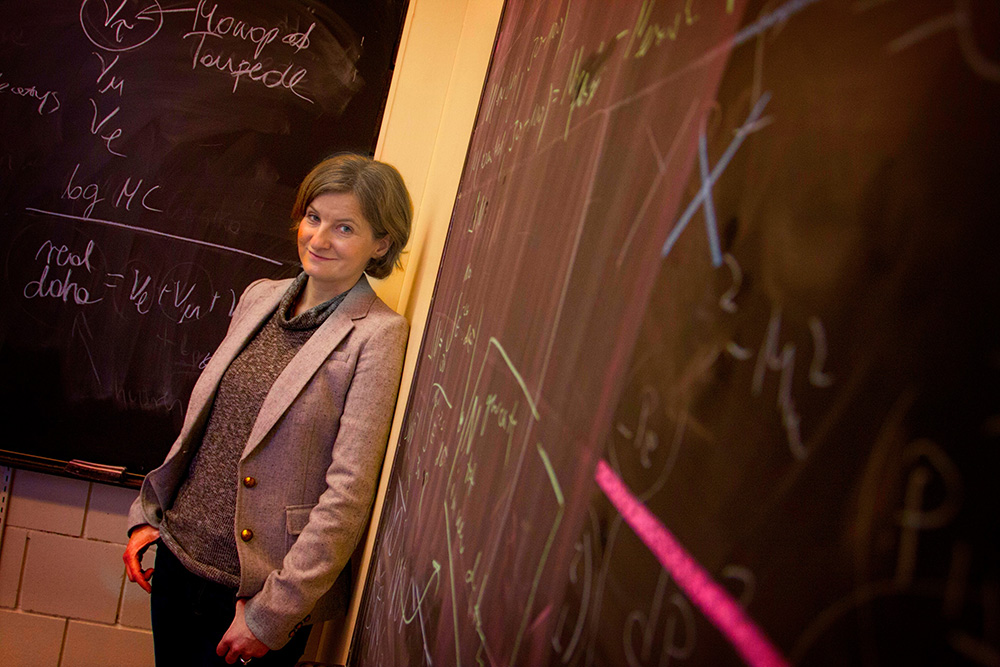 Kiryluk’s award, which totals $895,000 over the next five years, will support her proposed research project titled “Experimental Particle Astrophysics with High Energy Neutrinos in IceCube.” This research aims at elucidating the origins of the most powerful cosmic accelerators in the Universe and uses the IceCube neutrino observatory, the largest underground neutrino detector in the world, located at the South Pole in Antarctica.

Kiryluk and her colleagues will target the energy characteristics and composition of a recently discovered diffuse flux of highly energetic neutrinos. Her proposed precision measurements will confirm or refute theory predictions for astrophysical neutrino sources and cosmic acceleration mechanisms.

The award will also advance Kiryluk’s educational and outreach work in collaboration with the Stony Brook University WISE (Women in Science and Engineering) Program, designed to engage female students who have ability and interest in mathematics, science, or engineering in the excitement and challenge of research. This award will offer research opportunities to Stony Brook undergraduate students and high-school students, including IceCube “Master Class” and webcasts with scientists at the South Pole.

Kiryluk joined Stony Brook University in 2011. She obtained her PhD in Physics from Warsaw University, Poland, and worked at the University of California Los Angeles, the Massachusetts Institute of Technology, and Lawrence Berkeley National Laboratory.