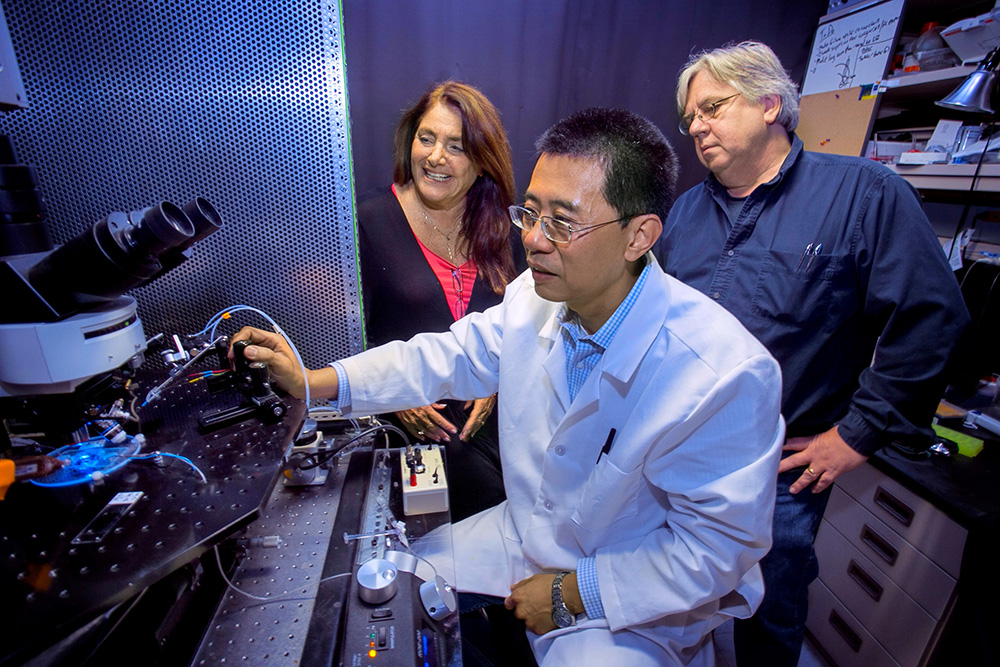 Stony Brook, NY – May 6, 2016 – Imagine if memory could be tuned in such a way where good memories are enhanced for those suffering from dementia or bad memories are wiped away for individuals with post-traumatic stress disorder. A Stony Brook University research team has taken a step toward the possibility of tuning the strength of memory by manipulating one of the brain’s natural mechanisms for signaling involved in memory, a neurotransmitter called acetylcholine. Their findings are published in the journal
Neuron.