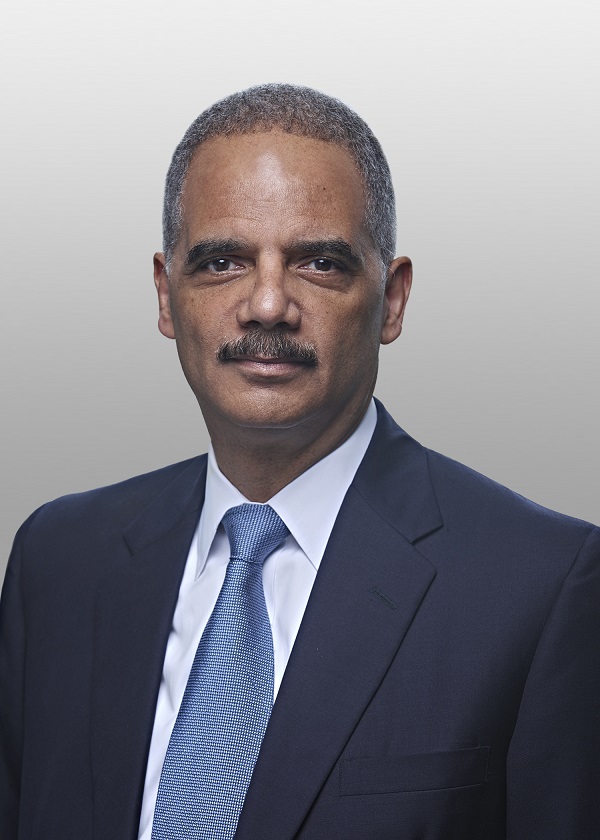 STONY BROOK, NY, April 27, 2016 – Stony Brook University will confer honorary degrees this year upon two distinguished professionals who have made lasting contributions in their respective fields.  Eric H. Holder, Jr., the 82nd Attorney General of the United States, will receive a Doctor of Law; and Award-winning journalist and Long Island native, Soledad O’Brien, will receive a Doctor of Letters. Holder and O’Brien will address the class of 2016 and don academic regalia along with nearly 6,000 students as they join in the University’s 56th Commencement ceremony, held May 20, 2016 at LaValle Stadium.

“This is a remarkable distinction for the class of 2016, to be joined by individuals who personify what Stony Brook embraces — the relentless pursuit of excellence and commitment to make a real difference,” said Stony Brook University President Samuel L. Stanley Jr. “Eric Holder embodies the progress and values of our country through his strong leadership and legacy of justice and fortitude. Soledad O’Brien exemplifies the vision of our University as she is actively engaged in the critical issues of our time — initiating and exploring important national conversations. I am looking forward to officially welcoming Eric Holder and Soledad O’Brien as fellow Seawolves.”

Eric H. Holder, Jr. served as the 82nd Attorney General of the United States under the leadership of President Barack Obama (2009-2015) who praised him for his “toughness and independence”. Originally from the Bronx, New York, Holder is the first African American to hold this position. While U.S. Attorney, Holder announced and oversaw $1 Billion in federal grants to law enforcement agencies in every state to support the hiring of police officers. He actively aided the war against terrorism, providing the names of the conspirators for the September 11 attacks. Holder previously served as a United States Attorney for the District of Columbia for President Bill Clinton, a judge of the Superior Court of the District of Columbia appointed by Ronald Reagan and the Deputy Attorney General under Janet Reno. Holder earned a Bachelor of Arts in American History from Columbia University and a J.D. from Columbia Law School.

Soledad O’Brien is an American broadcast journalist, executive producer and philanthropist who has become a fixture in global news on major platforms. A former co-anchor of CNN’s American Morning, O’Brien is now chairman of the Starfish Media Group, reporting and producing stories that have appeared on CNN, HBO and Al Jazeera America. Before joining CNN, O’Brien anchored NBC’s Weekend Today and contributed reports for weekend editions of NBC Nightly News. O’Brien’s recent noteworthy documentaries include Black in America: The New Promised Land. O’Brien has be recognized for numerous awards and honors including two Emmy Awards, George Foster Peabody awards, an Alfred I. DuPont Award, a NAACP President’s Award, the CINE Golden Eagle Award and “Journalist of the Year” from the National Association of Black Journalists. O’Brien is a Harvard University graduate and daughter of Edward O’Brien, a founding professor at Stony Brook.

For more information about the 56th Commencement ceremony visit http://bit.ly/1mqbSLb.