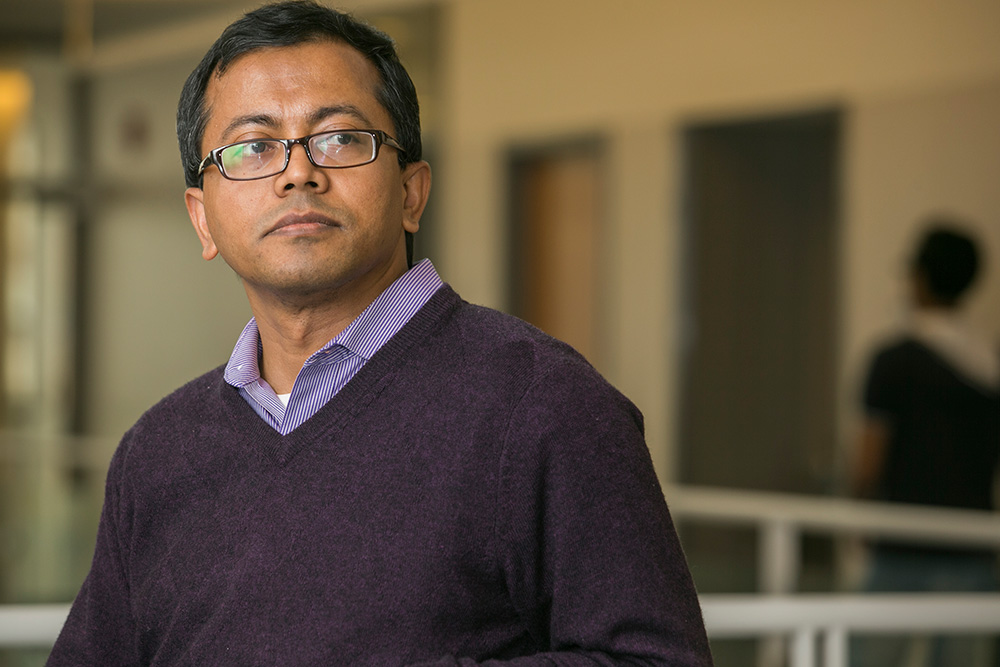 STONY BROOK, N.Y., April 15, 2016 – Rezaul Chowdhury, PhD, an Assistant Professor in the Department of Computer Science in the College of Engineering and Applied Sciences, has received the prestigious Faculty Early Career Development (CAREER) Award from the National Science Foundation (NSF). The award will help to advance his research on developing theories and efficient tools to facilitate the design of portable parallel algorithms to be used in computing platforms ranging from small laptop computers to massive supercomputers. These algorithms will have no need of hardware parameters in the code, yet run efficiently.

“The goal of the project is to shield programmers from the complicated details of the ever-changing underlying hardware platforms while still allowing them to write efficient parallel code,” explained Dr. Chowdhury. “As a result of the research, we hope parallel programming will become simpler for most computers and supercomputers and no longer remain the domain of a few experts.”

He also expects that a variety of computational science applications – ranging across physics, biology, chemistry, energy, climate, mechanical and electrical engineering and other areas – will become easier to develop and maintain with resource-oblivious parallel algorithms.

The results of the work will be disseminated through a new graduate course on portable algorithms, existing courses on analysis of algorithms, parallel programming and supercomputing, as well as workshops for students and professionals arranged through IACS.

Dr. Chowdhury received his PhD in Computer Science from the University of Texas at Austin. Before joining Stony Brook University in 2011, he worked as a postdoctoral researcher at UT Austin’s Institute for Computational Engineering and Sciences (ICES), Boston University’s Department of Biomedical Engineering (BME), and MIT’s Computer Science and Artificial Intelligence Laboratory (CSAIL).