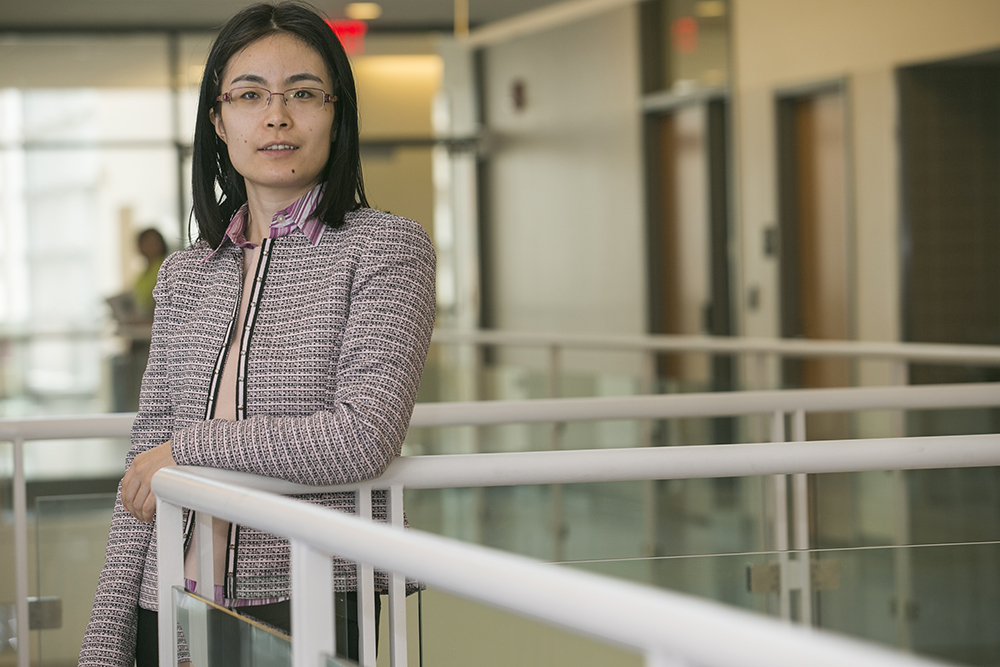 STONY BROOK, N.Y., March 24, 2016 – Jing Chen, PhD, an Assistant Professor in the Department of Computer Science in the College of Engineering and Applied Sciences, has received the prestigious Faculty Early Career Development (CAREER) Award from the National Science Foundation (NSF). The award will help to advance her research on mechanism design that has impact on computation and rationality problems in areas such as game theory, economics and social sciences.

Chen, also an Affiliate Assistant Professor in the Department of Economics, an Affiliate Member of the Stony Brook Center for Game Theory, and the Advisor for Women in Computer Science at Stony Brook University, will receive nearly $500,000 over the next five years to support her project, titled “A Theory of Mechanisms with Unstructured Beliefs.”

The grant will also enable her to broaden opportunities for undergraduate and graduate students, with a special emphasis on encouraging women and underrepresented minorities in coursework and investigation based on the study of the theory of mechanisms.

Chen’s research lies at the intersection of computer science – specifically the theory of computation – and economics. The main objective of the NSF CAREER-supported research is to develop a theory of mechanisms with unstructured player (user) beliefs in practical information and computation models. The proposed research plans to shrink the widely open space in mechanism design with different information structures of players’ beliefs.

Mechanism design has broad applications in distributed computation, social networks, healthcare and multi-agent systems at large. According to Chen, the proposed research “will make a profound contribution to the foundation of distributed systems and game theory.”

Chen received her PhD in Computer Science from Massachusetts Institute of Technology (MIT) in 2012. She was a postdoctoral fellow at the Institute for Advanced Study 2012-2013 and joined Stony Brook in 2013.