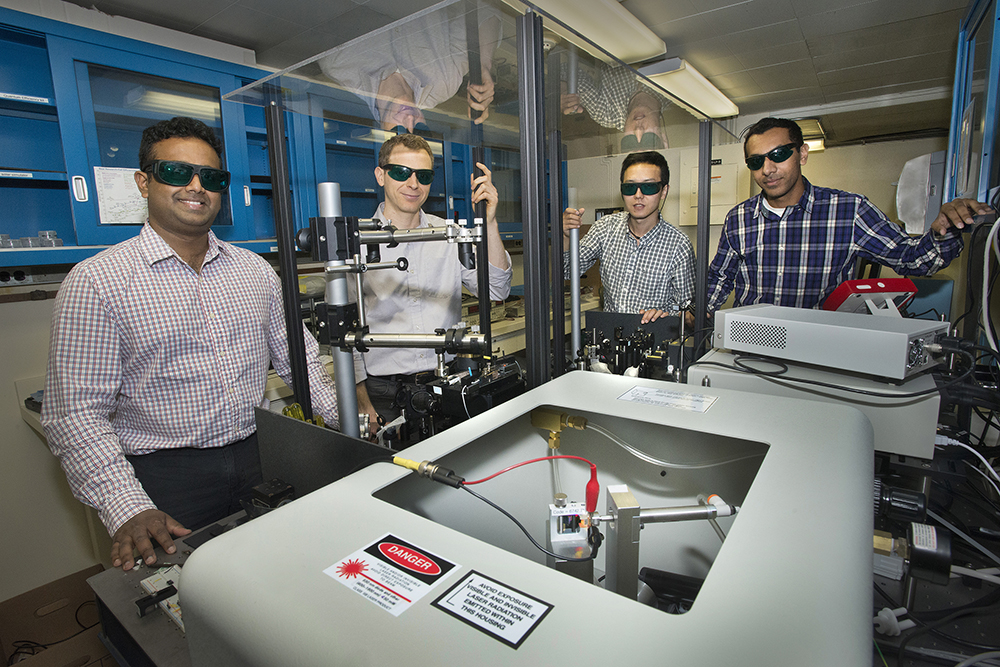 Stony Brook physicist and colleagues create a new method for optimizing a technology used in the energy, electronics industries

STONY BROOK, NY, February 12, 2016 — A team of scientists led by Matthew Eisaman, a physicist at Stony Brook University and the U.S. Department of Energy’s (DOE) Brookhaven National Laboratory, have developed a method using common glass for creating resilient, customized, and high-performance graphene. The material is known for its durability and electrical conductivity and is used in the energy, electronics and semiconductor industries. The graphene-enhancing process is detailed in a paper published in Scientific Reports.

The researchers created a scalable and inexpensive process that helps pave the way for a new class of microelectronic and optoelectronic devices—everything from efficient solar cells to touch screens.  This is important because despite being heralded as a breakthrough “wonder material,” graphene has been slow to leap into commercial and industrial products and processes.

“We believe that this work could significantly advance the development of truly scalable graphene technologies,” said Eisaman, Assistant Professor in the Department of Electrical & Computer Engineering, and lead author of the paper, titled “Spontaneous and strong multi-layer graphene n-doping on soda-lime glass and its application in graphen-seminconductor junctions.”

The scientists built the proof-of-concept graphene devices on substrates made of soda-lime glass—the most common glass found in windows, bottles, and many other products. In an unexpected twist, the sodium atoms in the glass had a powerful effect on the electronic properties of the graphene.

“The graphene doping process typically involves the introduction of external chemicals, which not only increases complexity, but it can also make the material more vulnerable to degradation,” Eisaman said. “Fortunately, we found a shortcut that overcame those obstacles.”

For more about the graphene technology and results of the research, see this Brookhaven Lab press release.