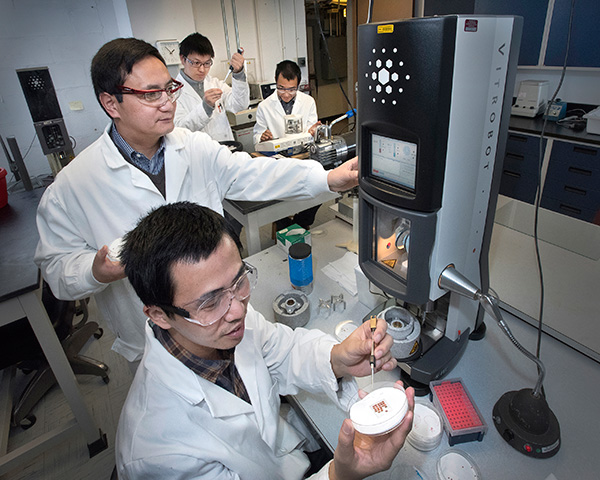 STONY BROOK, NY, February 10, 2016 — A team of scientists led by Stony Brook University biochemist Huilin Li, PhD, have proposed that DNA is unwound by a type of “pumpjack” mechanism, similar to the way one operates on an oil rig. Their finding, published in
Nature Structural & Molecular Biology
, is based on new close-up images of the proteins that unwind DNA inside the nucleus of a yeast cell and could offer insight into ways that DNA replication can go awry and trigger disease.