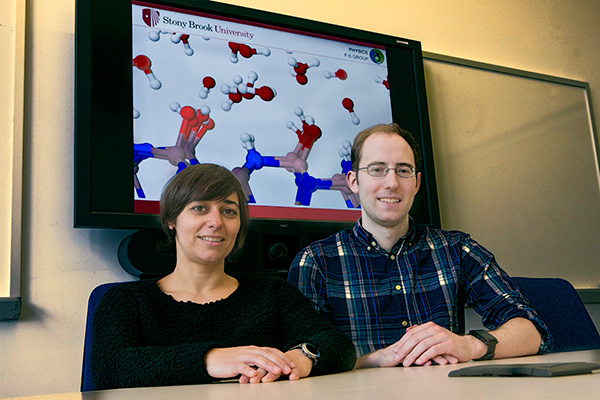 STONY BROOK, N.Y., January 19, 2016 – For more than 100 years, scientists have debated what the underlying molecular structure of water is, and the common view has been that H2O molecules are either “water-like” or “ice-like.” Now through computer simulation conducted at the Institute for Advanced Computational Science (IACS) at Stony Brook University, researchers can illustrate that the structure and dynamics of hydrogen bonding in liquid water is more similar to ice than previously thought. The finding, published in
Nature Communications
, changes the common understanding of the molecular nature of water and has relevance to many fields, such as climate science and molecular biophysics, and technologies such as desalinization and water-based energy production.

Additionally, by comparing several different simulation techniques, the authors also found that the current non-polarizable water models used in biophysics fail to capture the higher frequency optical phonons. This work builds on their  previous work , which showed that polarizable models are more accurate than the more often used non-polarizable models.