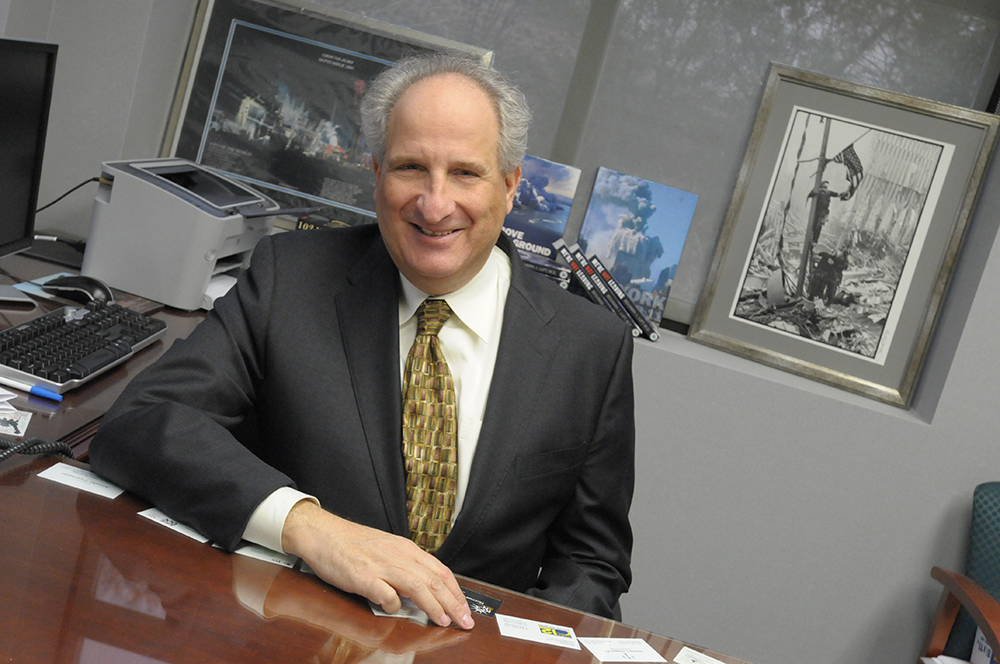 Stony Brook, NY, December 22, 2015 – Benjamin Luft, MD, the Edmund Pellegrino Professor of Medicine at Stony Brook University School of Medicine and Director of the Stony Brook WTC Wellness Program, has announced the donation of the first installment of a collection of oral histories provided by 9/11 World Trade Center responders to the Library of Congress’ American Folklife Center. The Center will become the permanent home of the collection, known as the “Remembering 9/11 Oral History Project.”  Dr. Luft, along with colleagues, established the project by recording the histories of responders who attended the Stony Brook WTC Wellness Program, which cares for some 6,900 responders.

After hearing many moving stories from his first responder patients, Dr. Luft came to believe that the experiences they recounted should be part of the nation’s history. In 2009, he and colleagues then began to record some their patients’ stories as oral histories. By 2011, the Library of Congress formally expressed interest in serving as the repository for the collected oral histories and other documentation created by the project, which included stories from police officers, firefighters, paramedics, construction workers and others who worked at Ground Zero after the attacks. The project was featured on a special edition of the CBS news program 60 Minutes, called
Remembering 911, on the 10th anniversary of 9/11.