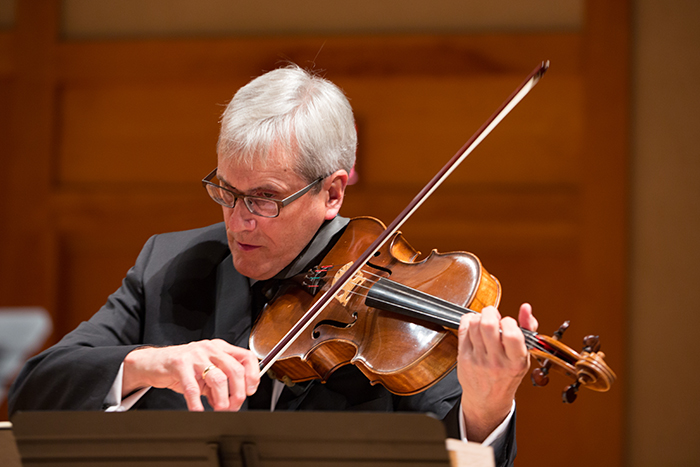 “One of the highest honors we have as a Board of Trustees is to recognize SUNY’s leading faculty with one of our distinguished faculty rankings,” said SUNY Board Chairman H. Carl McCall. “These professors are innovators and trailblazers in their chosen field, teaching and mentoring students while advancing groundbreaking research and discovery in New York’s communities as well as world-wide. Congratulations to all of our newest distinguished faculty.”

“The SUNY distinguished faculty bring students the best of SUNY – quality teaching and instruction, innovative research opportunities, and engaging community service,” said SUNY Chancellor Nancy L. Zimpher. “We are proud to recognize the leadership of our distinguished faculty and the extraordinary impact they have on SUNY students and campus communities. Many thanks and congratulations to this most recent class of distinguished faculty.”

“Those from Stony Brook University newly selected to receive SUNY Distinguished Faculty honors represent some of the top thought leaders, scholars and practitioners in their respective fields,” said Stony Brook University President Samuel L. Stanley Jr., MD. “Their research and scholarly contributions are far-reaching in the areas of the physical and biological sciences, the arts and computer sciences. On behalf of Stony Brook, I congratulate all seven on this well-deserved honor.”

“The dedication, scholarly work, research and professional service of each of our faculty newly appointed as SUNY Distinguished Faculty ranks them among the best Stony Brook has to offer,” said Dennis N. Assanis, Provost and Senior Vice President for Academic Affairs at Stony Brook University. “Their work will continue to enrich Stony Brook’s academic excellence and inspire both fellow faculty and students in their respective fields.”

Six Stony Brook professors are appointed to the rank of the Distinguished Professorship. This title is conferred upon individuals who have achieved national or international prominence and a distinguished reputation within a chosen field. This distinction is attained through significant contributions to the research literature or through artistic performance or achievement in the case of the arts. The candidates’ work must be of such character that the individuals’ presence will tend to elevate the standards of scholarship of colleagues both within and beyond these persons’ academic fields. Selected to this honor are the following:

Professor Lawrence Dutton is a world-class violist, a member of the nine-time Grammy-winning Emerson String Quartet, and he has collaborated with many of the world’s great performing artists, and performed as a guest artist with numerous chamber music ensembles. Since 2001, Professor Dutton has been the artistic advisor of the Hoch Chamber Music Series, and has been featured on three albums with the Grammy-winning jazz bassist John Patitucci and recorded the Shostakovich Piano Quintet, Op.57 with the Beaux Arts Trio and the Faure G minor Piano Quartet, Op. 45. His Aspen Music Festival recording with Jan DeGaetanifor Bridge records was nominated for a Grammy award. Professor Dutton has appeared as soloist with many American and European orchestras and as a guest artist at several music festivals throughout the country. With the late Isaac Stern, he had collaborated in the International Chamber Music Encounters both at Carnegie Hall and in Jerusalem. Professor Dutton and the other members of the Emerson Quartet, were presented the 2015 Richard J. Bogomolny National Service Award from Chamber Music America, and were recipients of the Avery Fisher Award in 2004. They were also inducted into the American Classical Music Hall of Fame in 2010, and were Musical America’s Ensemble of the year for 2000.

Professor Benjamin Hsiao is an outstanding scholar and has had a distinguished national and international research reputation in polymer science. Dr. Hsiao has published over 429 scientific papers, 41 reviews and chapters in books and encyclopedias, 32 issued patents (18 U.S. patents) and 21 pending patent applications, and two books. There are more than 20,000 total citations of his publications, and his H-index is 76. The major accomplishments of his research are: (1) development of frontier synchrotron X-ray scattering for polymer research, (2) advancement of fundamental understanding of polymer crystallization, and (3) applications of nanofiber technology for improving health and environment. Based on these accomplishments, he was elected as Fellow of the American Physical Society (APS) in 2002, Fellow of the American Chemical Society (ACS) in 2011, Fellow of American Association for the Advancement of Science (AAAS) in 2011, Fellow of the Materials Research Society (MRS) in 2014, received the Chang-Jiang Professorship from the Education Ministry of China in 2008, and received the 2015 Cooperative Research Award in Applied Polymer Science from the American Chemical Society. The quality of his work elevates the standards of scholarship both within and beyond the polymer community, allowing him to develop significant technology, including a breakthrough technology for water purification.

Professor Chang Kee Jung is an exceptional and leading scientist with an excellent record of teaching and service to the University and to the broader community, and for his major scientific achievements and leadership role in the study of neutrinos and nucleon decay. Since 1990, when he established the Stony Brook Nucleon decay and Neutrino Physics group, he rose steadily in international recognition due to his deep understanding of particle physics, his strategic thinking, as well as his communication and organizational skills. His work at the Super‐Kamiokande, the K2K and the T2K experiments, and his studies on nucleon decay, are widely recognized and made him an international leader in neutrino research. He has recently embarked on helping to design and build the next generation of neutrino experiments in the U.S. Professor Jung also had tremendous successes in both graduate and postdoctoral training, in undergraduate research experience, and in classroom teaching.

Professor Daniel Klein is a leading researcher in the development and course of mood disorders. Dr. Klein is an extraordinary scholar and his work on chronic depression influenced the classification of depression in the last two editions of the American Psychiatric Association’s Diagnostic and Statistical Manual of Mental Disorders (1994, 2013). In addition, he was a PI on several pioneering clinical trials demonstrating the efficacy of combining pharmacotherapy and psychotherapy for treating chronic depression. For the last 15 years, he has been working to identify precursors and risk factors for depression in early childhood, and tracing their influence on the development of abnormalities in the processing of emotionally salient (e.g., reward, threat) information and neuroendocrine system dysregulation. Dr. Klein has published over 300 articles and chapters, most in high-impact journals; his H-Index is 63. His work has been continuously supported by the National Institute of Mental Health since 1984. He has received significant awards for mid-career and career research contributions; was elected President of two major scientific societies; and has received local and national awards for mentoring the next generation of scientists.

Professor Philip Setzer is an exceptionally gifted violinist. He has studied with Josef Gingold (1956-1958) and Rafael Druian (1958-1969); then while at the Juilliard School he studied with Oscar Shumsky (1969-1974). In 1967, Professor Setzer won second prize at the Meriwether Post Competition in Washington, DC, and in 1976 received a Bronze Medal at the Queen Elisabeth International Competition in Brussels. He has appeared with the National Symphony, Aspen Chamber Symphony, Memphis Symphony, New Mexico and Puerto Rico Symphonies, Omaha and Anchorage Symphonies, and on several occasions with the Cleveland Orchestra. Professor Setzer has also participated in the Marlboro Music Festival (1974-1975), and has been a regular faculty member of the Isaac Stern Chamber Music Workshops at Carnegie Hall and the Jerusalem Music Center. Mr. Setzer has given masterclasses at schools around the world, including The Curtis Institute, London’s Royal Academy of Music, The San Francisco Conservatory, UCLA, The Cleveland Institute of Music, and The Mannes School. In April 1989, Professor Setzer premiered Paul Epstein’s Matinee Concerto. This piece dedicated to and written for Professor Setzer has since been performed by him in Hartford, New York, Cleveland, Boston and Aspen. Professor Setzer is a member of the Emerson String Quartet, which is widely regarded as one of the three most prominent and accomplished American string quartets of the last 50 years and one of the five great string quartets internationally of the last 100 years.

Professor Allen Tannenbaum is an extremely bright and prolific researcher, and an outstanding educator in the areas of Applied Mathematics and Computer Science. Google Scholar shows his total citations are 19,676 (and growing) with an H-Index of 61, i10-index of 231, and a G-Index (Publish or Perish) of 129. His leading paper on Feedback Control Theory, alone, has generated 2,826 citations. He is an internationally renowned scientist, with a worldwide reputation in a spectacular array of areas spanning from Computer Science to Medical Imaging to Systems and Control to Computer Vision to Applied Mathematics and to Image Processing. He is a recognized leader and pioneer in multiple disciplines, and has made fundamental contributions in algebraic geometry, control theory, image processing, computer vision, and biomedical imaging. In Computer Science, he has conducted major research in computer vision and image analysis. He made significant contributions in many distinct applied areas, including geometric invariance theory for image processing, geometric flow for shape analysis and for image segmentation, statistical knowledge-based image segmentation, conformal flattening colonoscopy, and optimal mass transport for brain registration and warping.

One of the Stony Brook University faculty, Nancy Hollingsworth, is appointed to the rank of the Distinguished Teaching Professorship, which recognizes and honors mastery of teaching. For this prestigious tribute to be conferred, candidates must have demonstrated consistently superior mastery of teaching, outstanding service to students, and commitment to their ongoing intellectual growth, scholarship and professional growth, and adherence to rigorous academic standards and requirements. Further, a faculty member must have attained and held the rank of full professor for five years, have completed at least three years of full-time teaching on the nominating campus, 10 years of full-time teaching in the System, and must have regularly carried a full-time teaching load as defined by the campus. Receiving this ranking is:

Professor Nancy Hollingsworth is a scientist and teacher in the Department of Biochemistry & Cell Biology. Professor Hollingsworth is successfully combining teaching with having an active, funded research lab in which she uses genetics and biochemistry to understand meiosis with teaching genetics to students of all ages and types. She has been an outstanding and innovative educator for both undergraduate and graduate students, using techniques that engage the students, such as Interactive PowerPoint slides, Clicker questions, generation of question banks and discussion boards. She has the ability and mastery to take complicated biology topics and, using the Socratic Method, she allows the students to become masters of the material and fully understand the topics. Professor Hollingsworth maintains an open door policy for her students and is generous with her time and advice. At the same time, she maintains high standards for the rigorous courses she teaches. Professor Hollingsworth has received the Chancellor’s Award for Excellence in Teaching. Since that award, she has generated new question banks for her students and made her lectures more interactive. She has introduced rational mathematical-like explanations and analysis to her courses, an approach that impacts and enhances student learning. She has also initiated science lectures and biology topics in the local high schools where she devotes her time.