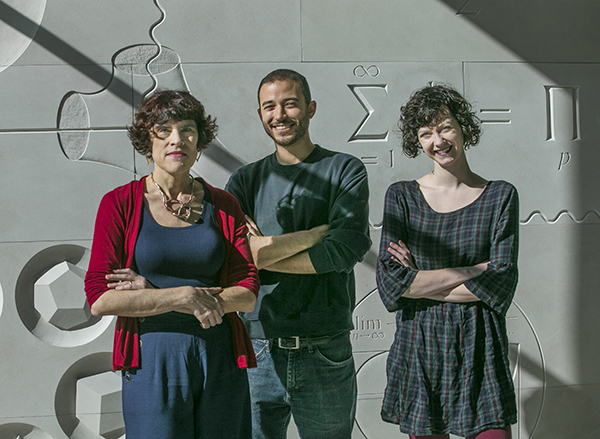 The contest, created by Christopher Herzog, associate professor at the C.N. Yang Institute for Theoretical Physics at Stony Brook, combines science and theatre, while finding new ways of teaching difficult concepts, traditionally based in the classroom.

“By bringing science and theatre together, the annual Science Playwriting Competition aims to find new ways of teaching, learning, and thinking,” said Herzog. “Science plays are an excellent tool for explaining difficult concepts and this competition provides an outlet for scientists and playwrights to go beyond the bounds of their normal ways of thinking, spark their imagination and synthesize a new experience for all.”

Stony Brook students, staff, faculty and members of the community submitted 10-minute plays combining themes of science and theatricality. The top winners are:

Two plays that received honorable mention include “Entropy” by Paige Borak, a senior Theatre Arts and Psychology major at Stony Brook and “A Planet is Born” by Hillary Bhaskaran, a freelance writer from southern California.

The winning plays will be honored with a reception and showcased in public staged readings on Wednesday, Nov. 18, 2015 at 5 p.m. at the Simons Center Auditorium at Stony Brook. This event is free and open to the public.

These competitions are sponsored by the Simons Center Art Program, the C. N. Yang Institute for Theoretical Physics (YITP) and the Stony Brook University Department of Theatre Arts. Play submissions for the fourth annual Science Playwriting Competition are now being accepted.  The deadline for submissions is April 1, 2016. For more information visit, http://scgp.stonybrook.edu/scienceplays or call 631-632-2800.