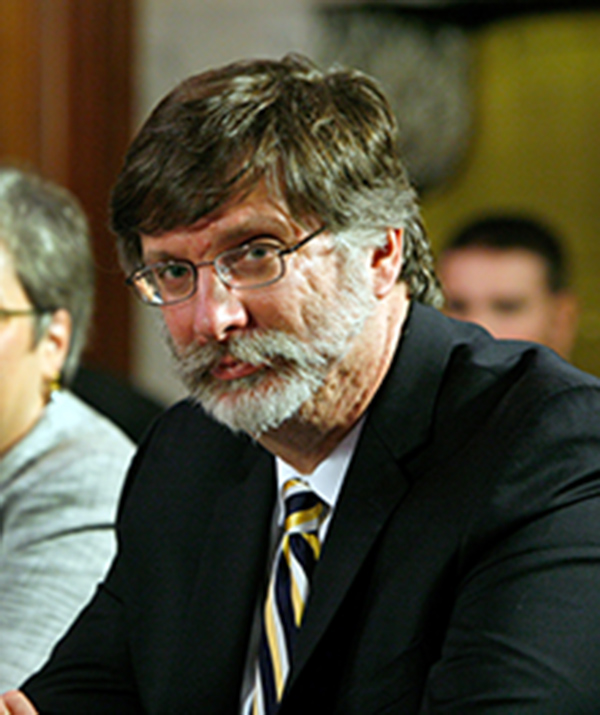 “Bob Megna brings nearly 30 years of strategic fiscal and operational leadership to this position, and I look forward to the contributions he will make as Senior Vice President for Finance and Administration,” said Dr. Stanley. “I am extremely pleased that we were able to identify and attract someone with Bob’s exceptional capabilities to join the Stony Brook University senior leadership team.”

As Executive Director of the Thruway Authority and Canal Corporation, an appointment he accepted in January this year, Megna oversees operations and finances, including the construction of the New NY Bridge to replace the Tappan Zee. Prior to joining the Thruway Authority, he served as Budget Director for the New York State Division of the Budget since 2009, during which time New York State achieved its highest financial ratings in 40 years from the three major credit rating agencies. As Budget Director, Megna reported to the New York State Governor and interacted regularly with State Agency Commissioners, Legislative leaders, local elected officials and administrative officers and senior Federal government officials. He was responsible for the overall development and management of the State’s fiscal policy, including the oversight of the State’s $145 billion annual budget, the preparation of budget recommendations for all State agencies and programs, economic and revenue forecasting, tax policy, fiscal planning, capital financing and management of the State’s debt portfolio, as well as pensions and employee benefits.

In addition to achieving the highest financial ratings in 40 years, under his leadership the Division of Budget passed four on-time budgets for the first time since the 1970’s; reduced debt outstanding for two consecutive years and brought the State’s debt-to-income ratios to their lowest levels since the late 1960’s; achieved significant cost savings in agency operations with zero growth in costs for four years; and negotiated a new pension system that is projected to save more than $80 billion for all levels of government over 30 years. In his role as Budget Director, Megna also chaired the Financial Restructuring Board, with a focus on recommending cost-saving efficiencies; he was Director of the New York Racing Association and chaired the Public Authorities Control Board.