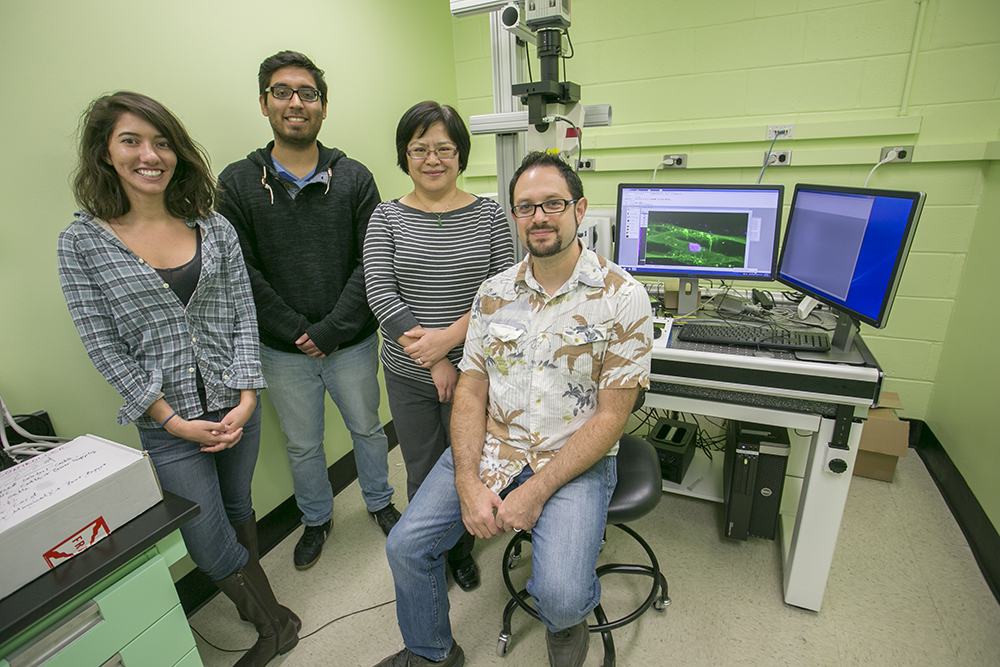 Stony Brook, NY, October 26, 2015 — Most cancer drugs are designed to target dividing cells, but a new study by Stony Brook University researchers suggests that targeting invasive cells may be a new strategy to treat metastatic cancer. The approach is based on the finding that cells in C. elegans, a roundworm nematode, cannot divide and invade at the same time. The research, published in the journal
Developmental Cell
, is the first study to definitively show the dichotomy between cell division and cell invasion.

Uncontrolled cell division is a hallmark of cancer. In the paper titled “Invasive Cell Fate Requires G1 Cell-Cycle Arrest and Histone Deacetylase-Mediated Changes in Gene Expression,” lead author David Q. Matus, PhD, an Assistant Professor in the Department of Biochemistry & Cell Biology at Stony Brook University, and colleagues found that only when roundworm cells stop dividing can they become invasive. When cells become invasive, it is the most lethal to a host, as they are the cells that escape tumor tissue to travel and form new tumors.

“Our finding changes how we think about cancer to some level,” said Dr. Matus. “While it will remain important to target dividing cells – as cancer is a disease of uncontrolled cell division – we need to figure out how to target non-dividing cells too since they are the invasive ones.

The team used cells from the worm’s developing uterus called anchor cells to illustrate the division/invasion process. The anchor cells have to invade through a cellular tissue membrane to contact the cells that become the worm’s egg-laying apparatus. Cancer cells operate in a similar manner when leaving one tissue to form another.

Dr. Matus explained that continued research with anchor cells and ongoing genetic analyses of them may further reveal just why they cannot divide and invade at the same time. The research could form the basis of an approach to testing cancer cells and the invasive process.

The research is supported in part by the National Institutes of Health, the American Cancer Society, the National Cancer Institute, and the Leukemia and Lymphoma Society.


Part of the State University of New York system, Stony Brook University encompasses 200 buildings on 1,450 acres. Since welcoming its first incoming class in 1957, the University has grown tremendously, now with more than 25,000 students and 2,500 faculty. Its membership in the prestigious Association of American Universities (AAU) places Stony Brook among the top 62 research institutions in North America. U.S. News & World Report ranks Stony Brook among the top 40 public universities in the nation and Kiplinger named it one of the 35best values in public colleges. One of four University Center campuses in the SUNY system, Stony Brook co-manages Brookhaven National Laboratory, putting it in an elite group of universities that run federal research and development laboratories. Stony Brook is ranked in the top 2 percent of the world’s higher education institutions by the
Times Higher Education World University Rankings
. It is one of only 10 universities nationwide recognized by the National Science Foundation for combining research withundergraduate education. As the largest single-site employer on Long Island, Stony Brook is a driving force of the regional economy, with an annual economic impact of $4.65 billion, generating nearly 60,000 jobs, and accounts for nearly 4 percent of all economic activity in Nassau and Suffolk counties, and roughly 7.5 percent of total jobs in Suffolk County.