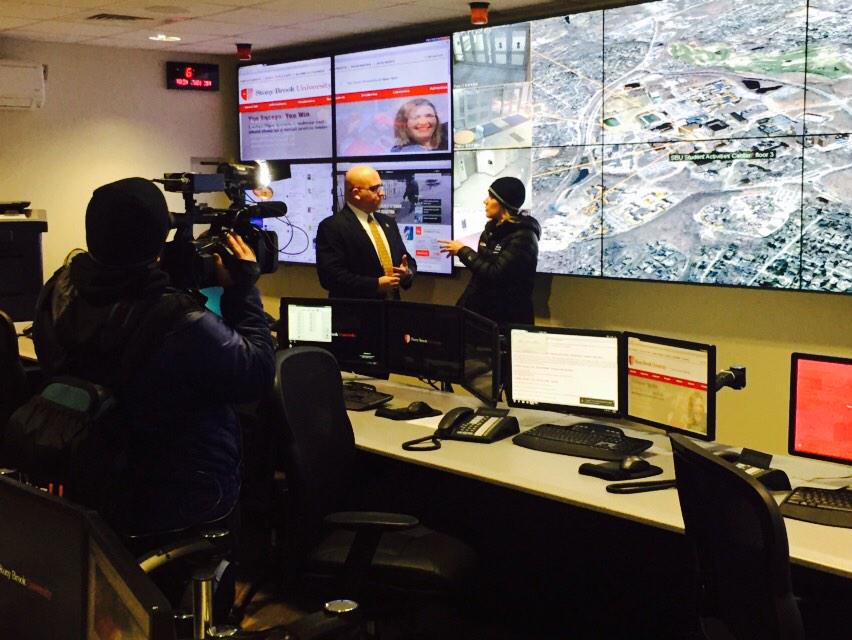 STONY BROOK, NY, January 28, 2015 – Three months after opening in its new headquarters located in the University Police Department, Stony Brook University’s newly established Emergency Operations Center (EOC) was thrust into full gear in preparation for and response to Juno, the first major winter storm to hit the Northeast in 2015. The EOC, staffed by 15-20 employees at the storm’s peak on Tuesday morning, was also thrust into the Weather Channel limelight early this morning as reporter, Raegan Medgie, dropped in for a live interview with UPD Assistant Chief and Emergency Management Director, Larry Zacarese that aired on “Wake Up with Al.”  The two minute segment highlighted the Center’s facility and systems in place to help the Emergency Management team prepare for and respond to major incidents on the campus.