SHAMASH TAKES NEW ROLE AS SPECIAL ADVISOR TO SUNY CHANCELLOR ON STEM ED; STEPS DOWN AS CEAS DEAN TO FOCUS ON VP FOR ECONOMIC DEVELOPMENT 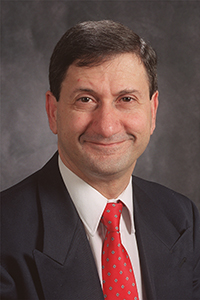 SHAMASH TAKES NEW ROLE AS SPECIAL ADVISOR TO SUNY CHANCELLOR ON STEM ED; STEPS DOWN AS CEAS DEAN TO FOCUS ON VP FOR ECONOMIC DEVELOPMENT

Dean of the Stony Brook University College of Engineering and Applied Sciences (CEAS) upon the appointment of his successor. Shamash will continue to serve as Stony Brook University’s Vice President for Economic Development. In parallel, he has been asked to work with SUNY Chancellor Nancy L. Zimpher as a Special Advisor to the Chancellor for STEM Education and Research. He will also play a key role in the promotion of SUNY’s SPIR programs‎.

In making the announcement, Provost Assanis said that Stony Brook has been fortunate to have such an accomplished higher education leader serve as the Dean of CEAS for more than two decades.

“Yacov Shamash has had a transformational impact on the College of Engineering and Applied Sciences during his 22 years at the helm,” said Provost Assanis. “We gratefully thank him for his valuable and long-lasting contributions to significantly growing both the numbers and quality of CEAS faculty, academic programs, student enrollment and facilities. We wish him the very best for his continuing and new roles.”

“We are thrilled that Yacov is willing to share his skills and expertise at the System Level,” said Chancellor Zimpher. “Particularly at a time when our collective focus on meeting state needs in STEM fields is at an all-time high.”

“Yacov is a valued colleague and leaves a lasting and important legacy at Stony Brook through his leadership in the College of Engineering and Applied Sciences,” said President Samuel L. Stanley Jr., M.D. “I look forward to working with him to continue to build our Economic Development initiatives including Start-Up NY and all of the excellent programs currently in place, much due to his vision and insight.”

Under Shamash’s leadership as Dean since 1992, CEAS undergraduate enrollment more than doubled from 1065 to 2655; SAT scores increased from 1140 to 1325; and graduate enrollment significantly increased from 598 to 1512. He fostered programs to diversify CEAS student enrollment and increase access for underrepresented students, including establishment of the Women in Science and Engineering program. During his tenure, CEAS faculty increased by 45 percent from 112 to 162, which includes the recruitment of prominent faculty whose distinctions include 30 NSF CAREER and Presidential Young Investigator Awards, the National Medal of Science, the National Medal of Technology, membership in the National Academy of Engineering, and 12 SUNY Distinguished Professorships.

Shamash engaged in numerous successful funding efforts on behalf of CEAS. He obtained a $3 million grant from CA, Inc. and New York State to help double the number of undergraduate students in Computer Science and Computer Engineering; secured a $1 million New York State grant to help establish the Civil Engineering program, tripled the number of undergraduate scholarships, and substantially increased overall giving to the College, including the establishment of its first endowed chair.

“I have been blessed to work with outstanding faculty and staff in the CEAS and am very proud of the great accomplishments our staff and faculty have made.  The College is performing at its highest levels since its establishment in terms of its educational offerings, quality of the students and externally funded research.  It has been an honor and a privilege to have served the College as Dean and I look forward to continuing my service to the University as Vice President for Economic Development.”