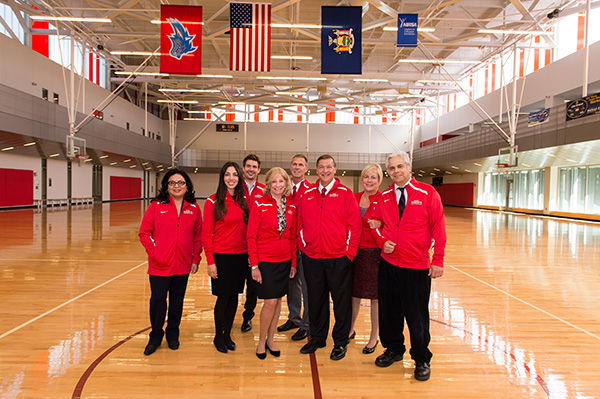 Dr. Stanley pointed out that Mr. Hawrys had a longtime connection to Stony Brook. “Walter Hawrys is an integral part of Stony Brook’s history,” he told the crowd of more than 150 people at the dedication event held outside the recreation center. “We are grateful and extremely proud that his name will be attached to Stony Brook in perpetuity.”

Stony Brook alumna Marilyn Hawrys Simons ’74, ‘84, echoed Dr. Stanley, saying that Stony Brook University was a very important part of her father’s life, as well as her own.