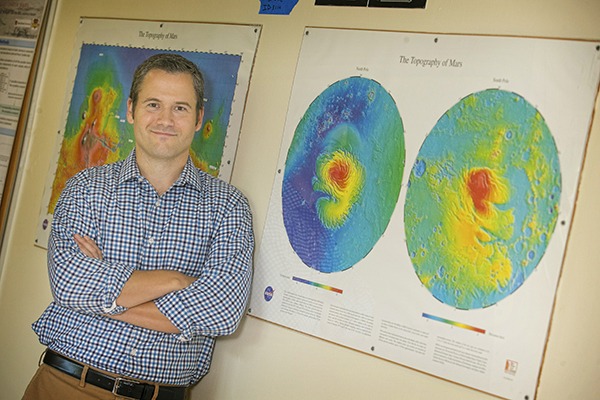 Grant to fund work on the PIXL instrument, selected for the Mars 2020 rover mission

STONY BROOK, N.Y., August 8, 2014 – Dr. Joel Hurowitz and colleagues in the Stony Brook University Department of Geosciences, were selected to receive a $1.4 million NASA grant to support the development and testing of the “Planetary Instrument for X-ray Lithochemistry” (PIXL), one of the seven instruments just selected to be part of the scientific instrument payload of the Mars 2020 rover mission. With PIXL, Mars researchers will be able to simultaneously link chemistry to rock textural features that are as small as a grain of table salt.  This is the scale at which microbes leave their imprint on rocks; therefore, PIXL will provide a first-of-its-kind look at the record of life on the Red Planet.


PIXL is an X-ray fluorescence spectrometer that also contains a high-resolution imager to determine the fine-scale elemental composition of Martian surface materials. Currently under development at NASA’s Jet Propulsion Laboratory (JPL), PIXL was created by principal investigator and 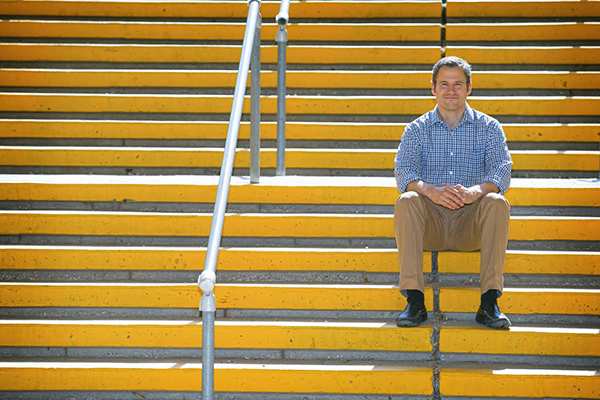 JPL research scientist, Dr. Abigail Allwood along with Dr. Hurowitz, the project’s deputy principal investigator who recently completed his PhD at Stony Brook and is now a Research Associate Professor. Dr. Hurowitz will lead testing efforts on the Stony Brook campus where he will work with graduate and undergraduate students to advance the PIXL project.

“Being selected to be part of the Mars 2020 rover mission is not only a great professional honor for Abby and I, but also for the entire Stony Brook University community,” said Dr. Hurowitz. “The research and testing that will be done in  Stony Brook’s Earth and Space Science building is groundbreaking and I am confident that the results uncovered by faculty and students will directly contribute to the success of the PIXL instrument during the NASA mission in 2020.”

Dr. Hurowitz’s laboratory will be located in Stony Brook University’s Earth and Space Science building. Testing is expected to begin in the spring of 2015 and continue through to 2023.  At the lab, a high-powered fidelity version of the PIXL will be built and Stony Brook University students, regardless of major or academic discipline, will be able to partake in testing the innovative instrument, performing activities that might include:

“The NASA grant funding the PIXL project on our campus exemplifies the contributions of Stony Brook University’s Geosciences program,” said Stony Brook University President Samuel L. Stanley Jr., MD. “Joel and his team are to be commended for bringing this grant to Stony Brook, and for providing our students with a once in a lifetime opportunity to contribute to world class research involving the Mars rover for years to come.”

PIXL’s capabilities will help NASA’s Mars 2020 Rover mission accomplish its goals, which include seeking evidence for past life on Mars. The PIXL project was selected out of 58 proposals received in January 2014 from researches and engineers worldwide.