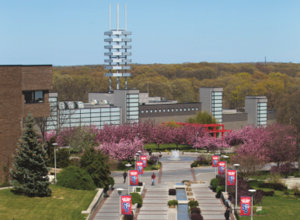 “This ranking system is an important and valuable new resource – primarily for students – to assess research institutions worldwide,” said President Samuel L. Stanley Jr., M.D. “Stony Brook is proud to rank so highly among participating universities in this inaugural set of results.”

The new U-Multirank rankings are a tool for comparing university performance which include information on more than 850 higher education institutions, over 1,000 colleges and schools within those institutions, and 5,000 study programs from 70 countries. It covers a range of institutions, from small specialized colleges through art and music academies, technical universities, agricultural universities, universities of applied sciences, and comprehensive research universities.

U-Multirank assesses institutions based on individual performance measures; it does not produce composite scores and a table of “standings.” Using an interactive Web tool, users specify the type of institutions they wish to compare and the performance areas to include in the comparison. For example, students can stipulate level of degrees offered, subject areas in which the university is active, proportion of graduate and international students, etc. U-Multirank then displays performance information for universities that meet these criteria.

Editor’s note 1: Most U.S. universities, including Stony Brook, did not participate in rankings for academic fields in 2014.”