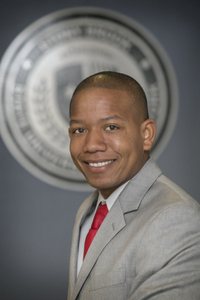 STONY BROOK, NY, June 6, 2014 – Edward Summers, Ph.D., Chief of Staff and Director of the Kelly Adirondack Research Center at Union College in Schenectady, N.Y., has been appointed Chief Deputy to the President of Stony Brook University effective August 1, 2014, announced President Samuel L. Stanley Jr., M.D. The position reports directly to the President and will also serve as a presidential advisor and chief of staff.

As Chief Deputy, Dr. Summers will act as designee in the absence of President Stanley, representing Dr. Stanley and his views as necessary with key internal and/or external stakeholders. He will manage high level relationships with internal and external constituencies and provide day-to-day assistance and advice to the President, including resolution or direction on key decisions and insight and objectivity into key issues facing the University. Dr. Summers will be responsible for independently carrying out major responsibilities under the President’s purview such as monitoring and evaluating unit activities, serving as chair of key committees and communicating with senior leadership at the University. He will serve on accreditation committees and respond to faculty and student matters, interface with the Committee on Academic Planning and Resource Allocation (CAPRA), and supervise several offices/programs reporting to the President including Conferences and Special Events, Organizational Wellness and Healthier U Initiatives and the Long Island Regional Advisory Council on Higher Education (LIRACHE).

“I am very pleased that Eddie has accepted this position to work with Stony Brook University as my Chief Deputy,” said President Stanley. “His experience working at the senior management level of higher education in New York State and his academic and scholarship background made him the top candidate for this position, and I truly look forward to welcoming Eddie to the Stony Brook community.”

“I am very excited to join President Stanley and the Stony Brook University community,” said Dr. Summers. “The institution’s commitment to access to higher education, high quality education, diversity, research and its mission are all items that are very near to my heart. I am looking forward to joining a group of talented individuals and I am hopeful that I will be able to contribute significantly as a member of the team.”

Dr. Summers has nearly eleven years of experience as an executive-level administrator supporting the work of a college president. While at Union College, one of his major accomplishments was establishing the Kelly Adirondack Center, a modern, fully-accessible research facility equipped with offices and conference rooms, and houses the Adirondack Research Library which operates as a branch of the Union College library. Prior to joining Union College, Dr. Summers worked for more than seven years as an Assistant to President Dennis Murray at Marist College. In addition to providing executive-level support to the president which included assistance with the Mid-Hudson Regional Economic Development Council, he was an adjunct professor of public administration and policy, served as program director for Presidential Referral Scholars and director of Marist Africa Programs overseeing work with nongovernmental organizations, and led student groups to South Africa and Ghana, and started plans for trips to Kenya and Tanzania.

Dr. Summers earned a B.A. in Political Science from Marist College, where he also earned his M.P.A.; he holds a M.Phil. and a Ph.D. in Public and Urban Policy from The New School. He is an expert in the field of economic development where his research interests include planning in the area of small city economic development models. He has written about higher education and economic development issues for various media outlets including the Huffington Post and the Poughkeepsie Journal, and has been invited to speak on both topics, nationally and internationally.

Active nationally in the conversation surrounding higher education issues, Dr. Summers serves on the Board of the National Association of Presidential Assistants in Higher Education (NAPAHE) and on the National Task force for College for Every Student (CFES).  He has also been active in the Hudson River Valley area and the Capital Region, serving on a number of boards including the Dutchess County Industrial Development Agency (IDA); the Schenectady County Chamber of Commerce; Protect the Dream Youth Programs; Dutchess Outreach; Quest; Living Resources Foundation Board; President of the Board of Directors for the Catherine Street Community Center; and is Treasurer for the Board of Directors for the Eleanor Roosevelt Center at Val Kill.

Part of the State University of New York system, Stony Brook University encompasses 200 buildings on 1,600 acres. Since its founding in 1957, the University has grown tremendously, now with more than 24,000 students and 2,100 faculty, and is recognized as one of the nation’s important centers of learning and scholarship. It is a member of the prestigious Association of American Universities, and ranks among the top 100 national universities in America and among the top 50 public national universities in the country according to the 2008 U.S. News & World Report survey. Considered one of the “flagship” campuses in the SUNY system, Stony Brook University co-manages Brookhaven National Laboratory, joining an elite group of universities, including Berkeley, University of Chicago, Cornell, MIT, and Princeton,  that run federal research and development laboratories. SBU is a driving force of the Long Island economy, with an annual economic impact of $4.65 billion, generating nearly 60,000 jobs, and accounts for nearly 4% of all economic activity in Nassau and Suffolk counties, and roughly 7.5 percent of total jobs in Suffolk County.