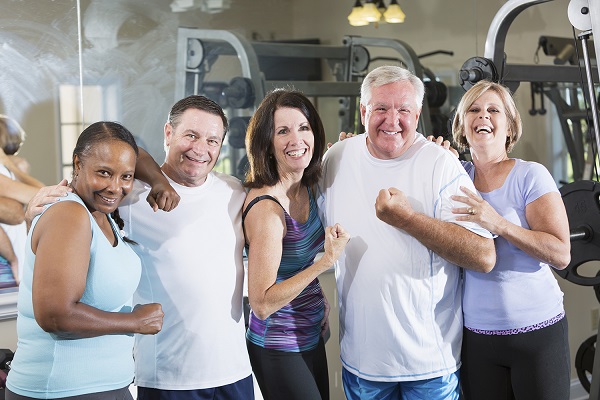 STONY BROOK, NEW YORK, APRIL 20, 2015 — Everyone knows that 60 is the new 50. But now, Warren Sanderson, a Professor of Economics at Stony Brook University, and Sergei Scherbov, a project leader at an Austrian research institute, have written an article about future population projections for Europe up to the year 2050 published in PLOS ONE, which shows that, counterintuitively, population aging is slower when life expectancy increase is faster – 60 really
is the new 50.

Their ground-breaking work calls into question societal understandings of age. Professor Sanderson argues that we’ve got it all wrong.

“If the point for being considered ‘old’ is changed to reflect the fact that we live longer, we get a completely different picture of future population aging,” said Professor Sanderson.

Thus, Professor Sanderson explains, the conventional view that faster increases in human life expectancy lead to faster population aging is actually wrong. In fact, a more accurate understanding of age would be to view it not from time of birth but instead as time left to death, because this is more closely related to the infirmities and frailties that are associated with old age.

Over time, as life expectancy increases and people become healthier, older people can do things which were previously the domain of those who were younger. Consider that people older and older are doing things such as having children, achieving extraordinary feats of physical strength, and working much further into what is traditionally considered as ‘old age.’

This ‘formulation of policies’ is where the true importance of the study lies, say the authors. Currently, the United Nations, World Health Organization and every major country measure age and create policy based on antiquated notions of ‘old age.’ This kind of thinking leads to frivolous spending, ineffective laws, and slows societal progress.

“The views of aging that are built into policies and into public discussions are almost entirely based on a set of numbers where age 65 has an almost mystical interpretation,” said Professor Sanderson.  “That is the age at which people become classified as ‘old’ regardless of where and when they lived. Population aging does produce challenges, but designing policies to overcome those challenges would become easier if those policies were based on a more realistic assessment of what those challenges really were.”