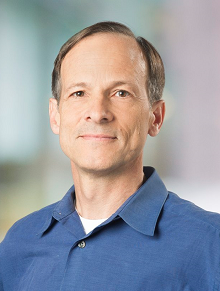 STONY BROOK, NY, March 26, 2015 – Peter M. Small, MD, Deputy Director of the Tuberculosis Delivery Program for the Bill & Melinda Gates Foundation, has been appointed as Founding Director of the Stony Brook University Global Health Institute (GHI) effective August 1, 2015, announced President Samuel L. Stanley Jr., MD. Established in 2013 with a $10 million philanthropic commitment to endow the Institute based on Stony Brook’s main campus, the Global Health Institute was conceived as a university-wide interdisciplinary research center to drive cutting-edge, health-improvement-oriented research in Madagascar, an island country located in the Indian Ocean off the coast of Southeast Africa with which Stony Brook University has a near 30-year history and deep ties. Madagascar is a vital research site for initiatives that will benefit the world because of its rich biodiversity.

“I am very excited that Peter has accepted this position as founding director of the Stony Brook University Global Health Institute,” said President Stanley. “With his remarkable career as an innovator in medicine, science, product development and health care delivery, we anticipate tremendous strides in this area in the years to come.”

Under Dr. Small’s leadership, the Stony Brook GHI will conduct groundbreaking and internationally leading health science research – a distinctive, unique approach that will span from the molecular level to point of delivery – encompassing fundamental work on ecology, developmental economics and disease, largely focused on Madagascar. The Institute will operate within the infrastructure in place at Centre ValBio and its premier research station, NamanaBe Hall, based at the edge of Ranomafana National Park in the Haute Matsiatra and Vatovavy-Fitovinany regions of Madagascar. The NamanaBe Hall research station is the product of nearly three decades of work by world-renowned primatologist Patricia Wright, a professor of anthropology at Stony Brook who founded Centre ValBio in 2003 after establishing Ranomafana Park in 1991.

Wright’s close relationships with local Malagasy communities and the rich scientific potential of Centre ValBio are what drew Jim and Robin Herrnstein to Madagascar, and inspired them to make a $3 million donation to the Global Health Institute. Jim is chair of the Centre ValBio advisory board and Robin serves on the board.

“Jim and I are thrilled that Peter has agreed to become the Founding Director of the GHI,” said Robin Herrnstein. “We are confident that Peter’s vision for a multidisciplinary GHI will result in groundbreaking advancements in the way we as a global community understand and address health in resource poor settings.”

The GHI’s work will be informed by a close partnership with PIVOT, a nongovernmental organization (NGO) dedicated to establishing an evidence-based model health system in Madagascar. PIVOT was cofounded by the Herrnsteins and is being incubated by global health giant, Partners in Health. PIVOT’s mission is to provide clinical care and alleviate the burden of disease among a target population in Ranomafana, and produce a sustainable model for health system strengthening in resource-poor settings.  In effect, the GHI will serve as a vibrant research partner for the NGO and Centre ValBio, with the aim of broadening its scope and reach as it matures.

“Stony Brook University is doing remarkable work in global health,” said Keith Martin, MD, Executive Director of the Consortium of Universities for Global Health. “Madagascar sits at an extraordinary interface and is a bellwether of the future of biodiversity, sustainable ecosystems and by extension the health of human beings. Dr. Small’s appointment to Stony Brook University will bring a wealth of knowledge and experience dealing with a wide array of disciplines. This is precisely the interdisciplinary skill set that is needed to address the complex global health challenges the world faces.”

For most of his 12-year tenure at the Bill & Melinda Gates Foundation, Dr. Small was responsible for the design and execution the foundation’s tuberculosis program, managing collaborations with global donors and implementers; building a large program to develop improved vaccines, drugs and diagnostics, and establishing the Foundation’s country programs in China, India and South Africa. In 2011 he relocated to India to delve deeper into the ways in which innovation in tuberculosis delivery systems might accelerate the decline of tuberculosis incidence.

Dr. Small’s research career has focused on the nature and consequences of genetic variability within the species M. tuberculosis. Originally focused on exploiting genetic variability to track the spread of tuberculosis in populations, his work shifted over time to more fundamental questions about mycobacterial ecology and evolution. He received his undergraduate degree from Princeton University in 1981 and his medical degree from the University of Florida in 1985. He completed his post graduate training in internal medicine at University of California-San Francisco and infectious diseases at Stanford University. Immediately prior to joining the Gates Foundation in September of 2002, he served on the faculty of Stanford’s Division of Infectious Disease and Geographic Medicine where he was actively involved in research, teaching and patient care. In addition to his work at the Gates Foundation, until 2008 he was a professor at the Institute of Systems Biology in Seattle.

A fellow in the American Academy of Microbiology, Dr. Small is a global expert in several aspects of TB epidemiology, biology and control. He has published more than 150 articles and chapters including landmark studies in the New England Journal of Medicine, The Lancet, Science and Nature that helped to shape the public health response to the resurgence of tuberculosis in the 1990s. Much of this involved collaborative efforts with basic scientists, public health officials and clinicians to use molecular epidemiologic techniques to address pragmatic questions about the control of tuberculosis. This work included population-based field research projects in Latin America, Africa, Asia and Europe. In 2002 he was awarded the prestigious Princess Chichibu Global Tuberculosis Award for his pioneering contributions to global tuberculosis control. He has also served as a member of the Institute of Medicine’s committee addressing the elimination of tuberculosis in the United States, the Board of Directors of several public private partnerships, and as a member of the WHO Stop TB Coordinating Board.

Approximately 300 miles east of southern Africa, across the Mozambique Channel, lies the island of Madagascar, best known for its lemurs (primitive relatives of monkeys, apes and humans), colorful chameleons, stunning orchids and towering baobab trees — not to mention its warm and friendly people. Conservationists believe that forest destruction there may have a greater negative impact on global biodiversity than anywhere else on Earth because almost all of Madagascar’s reptile and amphibian species, half of its birds, and all of its lemurs can be found nowhere else on the planet.

In addition to housing some of the most unique ecosystems in the world, Madagascar is home to nearly 21 million people. Currently, 76.5 percent of the population lives at or below the poverty line benchmark of $230 per year. In rural areas, this rate is more than 80 percent. The rapidly growing population is facing drastic cuts in government support for healthcare and education, a heavy burden of often unrecognized and untreated infectious diseases, devastation due to tropical cyclones, a major food shortage, and critical threats to the environment through agricultural practices, logging and hunting.