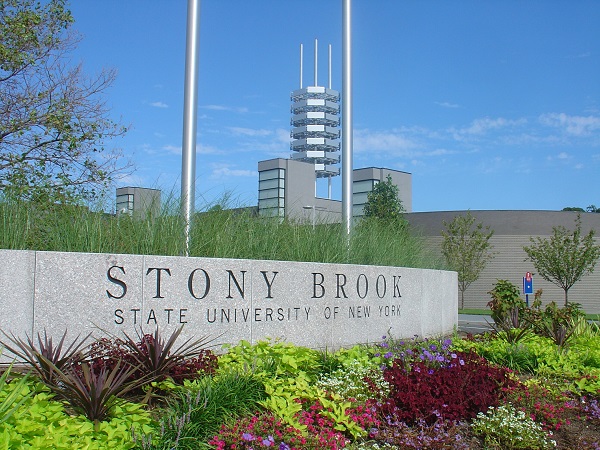 Stony Brook, NY – March 10, 2015 – Stony Brook University is named frequently in a listing of highly ranked programs in graduate education, according to the 2016 edition of US News & World Report’s “Best Graduate Schools” publication. The rankings reflect data from surveys of more than 1,500 schools and more than 12,000 graduate programs. The publication focuses on programs in Business, Education, Engineering, Law, and Medicine. The Stony Brook University School of Nursing had the highest jump in ranking, as it rose 76 spots from being ranked 166th in 2011 to 90th in 2015.

“While rankings do not capture the comprehensive quality of educational programs, we are pleased that Stony Brook’s Nursing program continues to become more recognized nationally because of the growing strength of our educational programs, our highly educated faculty, a diverse student body and an abundance of research activity,” said Dr. Lee Anne Xippolitos, Dean of the Stony Brook University School of Nursing.

Regarding the leap to 76 spots higher from the previous U.S. News & World Report graduate program rankings, Dr. Xippolitos said that there are many reasons the school is now ranked within the top 100 graduate nursing programs nationwide. These include: an increase in federal research support, the program’s flexibility with online education, Stony Brook Nursing as a high-value educational program, a high mean student GPA (3.7), and a high retention and graduation rate of 95 percent.

The School of Nursing’s online graduate nursing program itself also rose from being ranked 16th nationwide in 2014 to 13th in 2015.

Two Stony Brook programs rose in the graduate rankings. This included the School of Engineering’s overall rank, jumping from 69th to 66th; and the Online Graduate Business Programs, from 99th to 45th.

Other Stony Brook Programs ranking as lead graduate programs among those reviewed for the 2016 edition include: the Stony Brook University School of Medicine, with a 57th ranking overall for “Best Medical Schools: Research”; the Physician Assistant program ranked 15th, and the Online Graduate Education Programs ranked 107th.

Stony Brook is ranked in the top 1 percent of the world’s higher education institutions by the Times Higher Education World University Rankings. It is one of the top 100 universities in the nation and one of the top 40 public universities as determined by U.S.News & World Report. It was recently ranked one of the 35 best values in public colleges and universities by Kiplinger and is one of only 10 universities nationwide recognized by the National Science Foundation for combining research with undergraduate education. As the largest single-site employer on Long Island, Stony Brook is a driving force of the regional economy, with an annual economic impact of $4.65 billion, generating nearly 60,000 jobs, and accounts for nearly 4 percent of all economic activity in Nassau and Suffolk counties, and roughly 7.5 percent of total jobs in Suffolk County.