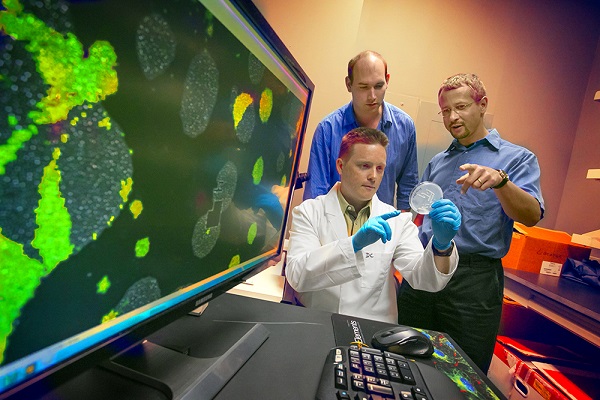 Stony Brook, NY, September 1, 2015 – Scientists have not been able to understand and predict how cells evolve in our bodies, and this process is important because evolving cell populations are at the core of drug-resistant infections and cancer development. Now a research team led by Gábor Balázsi, PhD, of Stony Brook University, has developed a synthetic biological model that validates computational predictions of how quickly and in what manner cells change in the presence or absence of a drug. Their findings are published in a paper in
Molecular Systems Biology.