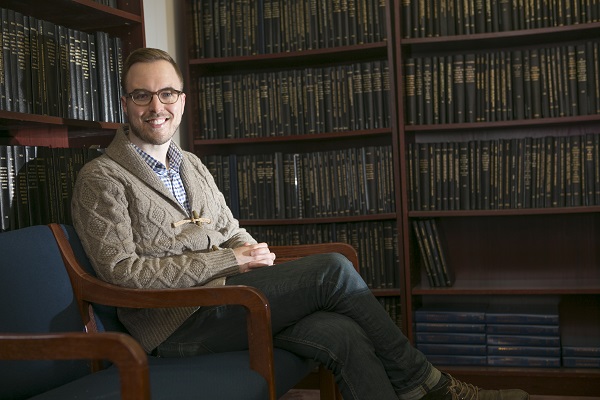 STONY BROOK, N.Y., February 2, 2015 – A visible and growing number of transgender children in North America live in alignment with their gender identity rather than their natal sex, yet scientific research has largely ignored them. No longer, says Nicholas Eaton, PhD, an Assistant Professor of Psychology at Stony Brook University. Dr. Eaton and his colleagues at the TransYouth Project have started the first large-scale, national study of socially-supported transgender kids.

Their first findings, scheduled for publication later this month in Psychological Science, are groundbreaking. The paper is titled Gender Cognition in Transgender Children.

That runs counter to assumptions that transgender kids are pretending or confused about their gender, or that no kid knows what gender even means at that age. The study indicates, rather, that transgender kids are reporting authentic, deep-rooted gender variance. They really are experiencing a gender identity similar to that of their peers—they don’t seem to be pretending or confused, and they do seem to have a clear understanding of what that gender identity means.

The study investigated 32 transgender children who are living as their gender identity, 18 of their siblings, and 32 matched-controls (gender-typical children), all aged 5-12. The researchers administered the same set of tasks to all participants. Some tasks were the type you can easily control in terms of responses, like answering what gender you feel like you are on the inside. Others are harder to control, based on things like reaction time to computerized tasks—which psychologists believe helps clarify someone’s attitudes and beliefs without their responses being potentially contaminated by social desirability biases, the urge to please parents, and so on.

“Across all these tasks, across the more and the less controllable measures of gender development, our transgender participants look just like other kids, but in the direction of their gender identity rather than their sex assigned at birth,” says Dr. Eaton.

The TransYouth Project aims to help scientists, educators, parents, and children better understand the varieties of human gender development. The endeavor is based in the Social Cognitive Development Lab at the University of Washington under the direction of principal investigator Dr. Kristina Olson. Eaton, Olson, and gender expert Aidan Key conceived the study. Dr. Olson’s team collected the data; the researchers worked together to analyze and compose the paper.

The researchers plan to follow these children (and others) “longitudinally”—studying them at different points over a long period of time. The goal is to better understand the experience of transgender children as they age into adolescence and adulthood, monitoring the challenges they face, as well as sources of their resilience.

“We can help families understand the needs of these children, and we can also help schools, medical providers, and society more broadly understand how best to think about and include these kids in all aspects of life,” Dr. Eaton says. “Our ultimate goal is to come to a better understanding of the experiences of transgender individuals and identify ways to support them across the lifespan.”