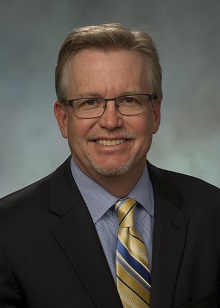 “Tim’s extensive experience and success working at the senior management level of higher education in New York State, coupled with his academic background made him an ideal candidate for this position,” said Stony Brook University Vice President for Student Affairs, Peter Baigent. “I am thrilled that he has joined Stony Brook University, and welcome him to our community.”

Ecklund joins Stony Brook University having served most recently as the associate vice president for housing and auxiliary enterprises from Buffalo State. He brings 30 years of experience in student affairs administration with 14 years of experience as an associate vice president. Some of his major accomplishments at Buffalo State are the construction of a $50 million student apartment complex, the first new residence hall in 40 years, and the $15 million renovation of the student union. Prior to joining Buffalo State, Ecklund held positions in student affairs at the University at Buffalo, the University of Illinois Urbana-Champaign, and Illinois State University.

“I am looking forward to serving the outstanding students of Stony Brook University as their new Dean of Students and to working with my fellow faculty and staff to enhance student life and student success,” said Ecklund. “It is a great time to be a Seawolf!”

Ecklund is the 2012 recipient of the American College Personnel Association (ACPA) Annuit Coeptis Award for service to the profession of student affairs and the past chair of the National Association of Student Personnel Administrators (NASPA) Faculty Fellows. Ecklund earned a B.A. in Psychology, Elementary Education from the State University of Geneseo, a M.S. in Student Personnel Administration from Buffalo State and his Ph.D in Higher education Administration from the University of Buffalo.