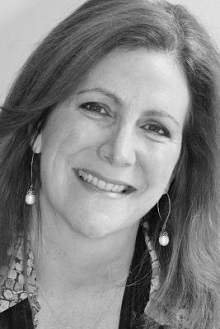 The Sustainability Studies Program at Stony Brook University offers five distinct undergraduate degree programs, allowing students to focus on different aspects of sustainability. They include Sustainability Studies, BA; Environmental Humanities, BA; Environmental Design, Policy and Planning, BA; Ecosystems and Human Impact, BA; and Coastal Environmental Studies, BS.  As of spring semester 2014, over 300 majors and minors were enrolled in the growing program. The Sustainability Studies undergraduate degree is also offered in combination with a MBA degree by the College of Business as a five-year, integrated program. The program has recently launched an Advanced Graduate Certificate in Geospatial Science and an international program in Costa Rica. It also offers existing programs in Madagascar, Kenya, and Tanzania. Plans are in the works for international sustainability travel study in Cuba, a minor in Environmental Justice, as well as collaborative projects with the College of Business, the School of Journalism and the Humanities Institute.

Heidi Hutner writes and teaches about contemporary environmental literature and film, ecofeminism, and environmental justice.  Her newest book, Polluting Mama: An Ecofeminist Memoir, is forthcoming in 2014. Hutner’s future projects include an examination of maternalist antinuclear activist history in the U.S and the rise of maternalist activism in Japan post-Fuskushima 3/11/11, and a study of global sustainable eco-communities. Additionally, in collaboration with Dr. Chris Sellers from the Department of History, and with the support of a 2014 FAHSS grant, Hutner will build a “Stories of Environmental Danger and Disaster” website, including video footage of witness seminars and interviews with citizens who have been impacted by ecological disasters in Texas, Mexico, and Fukushima.

Dr. Hutner received her MA and PhD from the University of Washington, where she focused on women writers, gender, and colonial discourse in Restoration and eighteenth-century English literature. Her books on Restoration and eighteenth-century literature and culture include Colonial Women: Race and Culture in Stuart Drama (University of Oxford Press, 2001), Rereading Aphra Behn: History Theory and Criticism (University of Virginia Press, 1993), and she co-edited recent editions of Frances Sheridan’s eighteenth-century novels, The Memoirs of Miss Sidney Bidulph (Broadview, 2011), and The Conclusions to the Memoirs of Miss Sidney Bidulph (Broadview, 2013).  Hutner also writes regularly for academic journals and popular magazines on environmental issues. Hutner currently resides in Huntington, NY.


Part of the State University of New York system, Stony Brook University encompasses 200 buildings on 1,450 acres. Since welcoming its first incoming class in 1957, the University has grown tremendously, now with more than 25,000 students, 2,200 faculty and 20 NCAA Division I athletic programs. Its membership in the prestigious Association of American Universities (AAU) places Stony Brook among the top 62 research institutions in North America. U.S. News & World Report ranks Stony Brook among the top 40 public universities in the nation and Kiplinger named it the 29th best value in public colleges for in-state students and 20th for out-of-state students. One of four University Center campuses in the SUNY system, Stony Brook University co-manages Brookhaven National Laboratory, putting it in an elite group of universities that run federal research and development laboratories. As the largest single-site employer on Long Island, Stony Brook is a driving force of the regional economy, with an annual economic impact of $4.65 billion, generating nearly 60,000 jobs, and accounts for nearly 4% of all economic activity in Nassau and Suffolk counties, and roughly 7.5 percent of total jobs in Suffolk County.