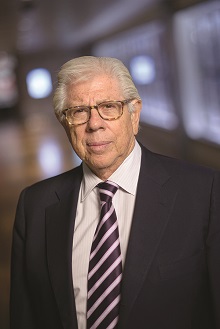 STONY BROOK, NY—October 3, 2014—Few journalists in American history have had the impact on their era and craft that Bob Woodward and Carl Bernstein have.   Pulitzer-winning journalists, Woodward and Bernstein will speak at Samuel L. Stanley Jr., MD’s Presidential Lecture entitled “Looking at the Presidency:  from Nixon to Obama” at Stony Brook University’s Staller Center for the Arts Thursday, October 16, 2014 at 4:00pm.  The lecture is free and open to the public with limited seating  on a first-come-first-serve basis.

In the 1970s, Woodward and Bernstein set the standard for modern investigative reporting with a series of articles for The Washington Post that unraveled the Watergate scandal and led to the resignation of Richard Nixon.  Four decades later. The Pulitzer Prize-winning journalists and co-authors of All the President’s Men and The Final Days are still leading the charge for informative, unbiased journalism.

Woodward, associate editor for the Washington Post, and Bernstein, Visiting Presidential Professor at Stony Brook University, are both frequent contributors on MSNBC, CNN and all other major networks.

“Looking at the Presidency from Nixon to Obama” is free and open to the public. For more information or for a disability-related accommodation, please call 631 632-6320.  A free screening of the motion picture All the President’s Men starring Dustin Hoffman and Robert Redford will be shown at Stony Brook University’s Charles B. Wang Theater on Tuesday, October 14 at 7:00 pm.