SBU News > Newsroom > Press Release > General > Do We Have Time to Save Species from Climate Change?
GeneralNewsroomPress ReleaseResearch

Do We Have Time to Save Species from Climate Change? 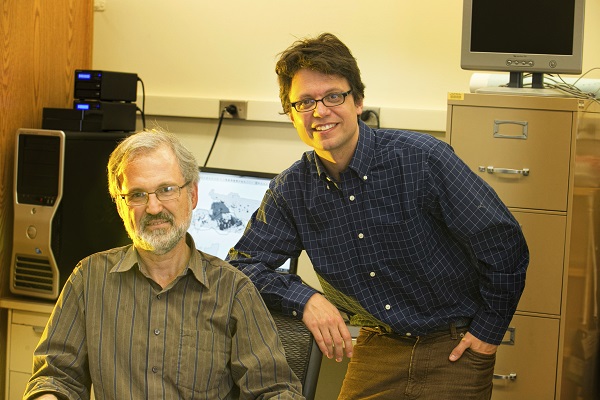 Do We Have Time to Save Species from Climate Change?

– Climate change is expected to result in heightened risk of extinction for many species. Because conservation scientists are just starting to understand this threat, many have concluded that current risk assessment protocols, such as the International ‘Red List’ published by the International Union for Conservation of Nature (IUCN) and based on rules established in the 1990s, will fail to identify many species at risk from climate change. However, an international team of researchers, including Professor Resit Akçakaya of Stony Brook University’s Department of Ecology and Evolution, counter that current assessment methods are able to identify such species. Their findings are published in the journal
Global Change Biology
.

According to the scientific team, this is the first study to quantitatively test the ability of any warning system for identifying species vulnerable to climate change. They tested the performance of the IUCN Red List system, the most commonly used method for identifying species threatened with extinction. They used computer models to project the future abundance of 36 species of salamanders, turtles, tortoises, snakes and lizards under climate change. Next, the team performed “virtual” Red List assessments, following the IUCN guidelines to determine the Red List Status (e.g., “Critically Endangered”) of each species throughout the simulation.

“Although the study shows that the time between when a species is identified as threatened and when it is goes extinct (without any conservation action) is on average over 60 years, the warning time can be as short as 20 years for many species, especially if information about their populations is limited,” explained Professor Akçakaya. “That may not be enough time for saving a species,” added Akçakaya, who cautioned that whether the warning time provided by the IUCN Red List system is sufficient to prevent extinctions depends on how fast conservation actions can lead to recovery of species.

“There are going to be a lot of challenges for conservation under climate change. But, I think what we found here is actually positive,” said Dr. Jessica C. Stanton, the lead author of the study, and a researcher with the U.S. Geological Survey. “This means that we already have some of the tools we are going to need for identifying species vulnerable to climate change.”

Another important finding of the study is the need to initiate conservation action as soon as a species is listed at the lowest threat level, which is “Vulnerable” in the IUCN Red List system.  After a species is listed at the highest level (called “Critically Endangered”), the warning time is predicted to be shorter than 20 years for most species, even with good information.  Dr. Stanton explained that “this is because species at the highest threat level have declined to very low levels or exist in very small areas, and as a result they are already on the brink of extinction.”

Currently, there are 22,176 species listed as threatened in the IUCN Red List (www.iucnredlist.org); of these, about 21% are listed at the highest threat level of Critically Endangered.