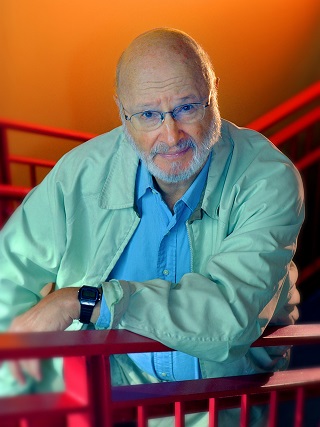 Dill and Feiffer among 204 leaders named to the prestigious learned society; brings Stony Brook’s membership to 24

Stony Brook, NY, April 28 2014 – Two Stony Brook University professors have been elected as members of the American Academy of Arts and Sciences (AAAS), one of the nation’s most prestigious learned societies and a leading center for independent policy research. Ken A. Dill, PhD, Distinguished Professor of Physics and Chemistry, and Director of the Laufer Center for Physical & Quantitative Biology, and Jules Ralph Feiffer, an artist and writer, and core faculty member of the Graduate Arts Campus, will be formally inducted at a ceremony at the AAAS headquarters in Cambridge, Mass., on October11, 2014.

“I congratulate Professors Dill and Feiffer in achieving this high honor that includes only the most influential and innovative leaders and educators in the arts and sciences,” said Samuel L. Stanley Jr., MD, President of Stony Brook University. “Their work embodies the excellence, vision, and diversity of scholarship that enriches our university and society’s knowledge and creativity in a multitude of fields.”

Dr. Dill investigates the physics of how proteins fold, the microscopic origins of the unusual physical properties of water, and the foundations of entropy in statistical physics. His work has led to insights about how the laws of physics constrain and enable the biological properties and evolution of cells. His findings suggest that in addition to traditional mechanisms of natural selection, evolution may also select for traits not linked to individual genes but to the overarching physical properties of a cell.

As Director of the Laufer Center for Physical & Quantitative Biology, Dr. Dill oversees collaborative research that aims to advance biology and medicine through discoveries in physics, mathematics and computational science. Dr. Dill and other researchers at the Center study the biochemical networks in cells and use computational models to learn more about cells and their processes in biology and in diseases.

“I am honored to be elected to the Academy,” said Dr. Dill. “That recognition really belongs to the outstanding students and colleagues with whom I have had the privilege of collaborating over the years, and to whom I am deeply indebted.  And, I am grateful to Stony Brook University and the Laufer Center for providing us such a wonderful intellectual atmosphere for research.”

A longtime faculty member of the Stony Brook Southampton MFA program in Creative Writing and Literature, Jules Feiffer is an award-winning cartoonist, playwright, screenwriter, memoirist, children’s book author and, most recently, graphic novelist. Feiffer’s social satire, initially expressed in groundbreaking cartoons for The Village Voice, has influenced the political debate of every significant American era, from the Cold War to Civil Rights, Viet Nam and the sexual revolution.  His early work in theater (Little Murders) and film (the screenplay for Carnal Knowledge), first expressed the edgy anxiety that has come to define the contemporary urban American voice.

Professor Feiffer’s many honors include an Academy Award, a Pulitzer Prize, and two Obies. He has also has received Lifetime Achievement Awards from The National Cartoonist Society, the Writers Guild of America, and the City of New York. He has been honored with retrospectives at The New York Historical Society, The Library of Congress, and The School of Visual Arts. He is a member of The American Academy of Arts and Letters and The Dramatists Guild Council.

“I’m grateful to the Academy for the honor,” said Feiffer. “I’d also like to thank my colleagues and graduate students for making my association with Stony Brook so rewarding.”

About the American Academy of Arts & Sciences

Founded in 1780 by John Adams, James Bowdoin, John Hancock and other prominent early-American leaders, the Academy has been electing leading “thinkers and doers” from each generation, including George Washington and Benjamin Franklin in the 18th century, Daniel Webster and Ralph Waldo Emerson in the 19th century and Albert Einstein and Winston Churchill in the 20th century. Current membership includes more than 250 Nobel laureates and more than 60 Pulitzer Prize winners. The current membership includes some of the world’s most accomplished leaders from academia, business, public affairs, the humanities and the arts. Among the new fellows of the Academy are winners of the Nobel Prize; National Medal of Science; the Lasker Award; the Pulitzer and the Shaw Prizes; the Fields Medal; MacArthur and Guggenheim fellowships; the Kennedy Center Honors; Grammy, Emmy, Academy and Tony awards; and Rock and Roll Hall of Fame members. Members contribute to Academy publications and studies of science and technology policy, energy and global security, social policy and American institutions, and the humanities, arts and education.