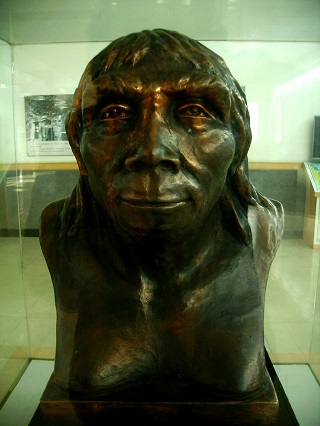 Renowned Paleoanthropologists Drs. Richard Leakey and Liu Wu to meet and present their latest research about the Peking Man and other Chinese hominids

Stony Brook, NY—April 25, 2014—The Peking Man site at Zhoukoudian and the fossil remains uncovered there continue to be a source of evolutionary fascination.  The disappearance of these fossils en route from China to the American Museum of Natural History in 1941 has added to the mystery.  While China’s contribution to our understanding of primate and human evolution has grown immeasurably since that time and is now far greater than Peking Man, the historical and scientific importance of the Zhoudoudian site, fossils and artifacts is extraordinary.

On May 1, an international group of scholars, including leading Chinese experts on Peking Man, will meet at Stony Brook University to consider the fossil and archeological evidence of human evolution in China, sharing new evidence of the early use of fire, habitual use of footwear and the manipulation of the environment in a variety of ways.

Led by paleoanthropologists Richard Leakey of Stony Brook University and Liu Wu of the Institute of Vertebrate Paleontology and Paleoanthropology, Chinese Academy of Sciences, distinguished members of the paleontological community from China, the world’s foremost experts on human biological and cultural evolution in China to meet and present their latest research on the continuing study of “Peking Man,” that first established early humans in Asia.

Part of the State University of New York system, Stony Brook University encompasses 200 buildings on 1,450 acres. Since welcoming its first incoming class in 1957, the University has grown tremendously, now with more than 24,000 students and 2,200 faculty. Its membership in the prestigious Association of American Universities (AAU) places Stony Brook among the top 62 research institutions in North America. U.S. News & World Report ranks Stony Brook among the top 40 public universities in the nation and Kiplinger named it the 29th best value in public colleges for in-state students and 20th for out-of-state students. One of four University Center campuses in the SUNY system, Stony Brook University co-manages Brookhaven National Laboratory, putting it in an elite group of universities that run federal research and development laboratories. Stony Brook is ranked in the top 1 percent of the world’s higher education institutions by the Times Higher Education World University Rankings. It is one of the top 100 universities in the nation and one of the top 35 public universities as determined by U.S. News & World Report. It was recently ranked one of the 30 best values in public colleges and universities by Kiplinger and is one of only 10 universities nationwide recognized by the National Science Foundation for combining research with undergraduate education.

As the largest single-site employer on Long Island, Stony Brook is a driving force of the regional economy, with an annual economic impact of $4.65 billion, generating nearly 60,000 jobs, and accounts for nearly 4 percent of all economic activity in Nassau and Suffolk counties, and roughly 7.5 percent of total jobs in Suffolk County.