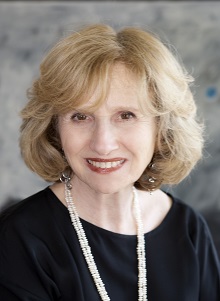 STONY BROOK, NY, April 23, 2014 – Four Stony Brook University professors — Mark Aronoff, PhD,  Annie Baker, William Chittick, PhD, and Eva Kittay, PhD— have been named 2014 Guggenheim Fellows based on distinguished achievement in the past and exceptional promise for the future. The fellowships, often called “midcareer” awards, are intended for men and women who have already demonstrated exceptional capacity for productive scholarship or exceptional creative ability in the arts.

Aronoff, who was selected for the fellowship in the category of Linguistics, has been awarded a Guggenheim Fellowship to pursue his research project “Synonymy and “Competition in Language.” Aronoff has spent his entire academic career studying the structure of words. His research has concentrated on fundamental theoretical questions in linguistic morphology, with data drawn from a wide range of languages. His work employs an unusually broad array of methods, from traditional morphological analysis to psycholinguistic experiments to statistical and computational studies of dictionaries, corpora and web-based material. In addition to numerous articles, he has published two monographs that have had substantial influence on morphological theory and two widely used textbooks.

Aronoff received his PhD in 1974 from MIT. Upon completion of his PhD, he joined what was then the Program in Linguistics as an Assistant Professor. He served as Chair of the Department of Linguistics from its inception in 1980 to 1993.  Aronoff is a Fellow of the Linguistic Society of America, the American Association for the Advancement of Science, and St. Catherine’s College, University of Oxford. In 2013 he was elected a member of the American Academy of Arts and Sciences and was a resident at the Rockefeller Foundation Center, Bellagio. He has served as President of the Linguistic Society of America and Chair of the section on linguistics and language sciences of the American Association for the Advancement of Science. Aronoff has held numerous editorial positions, most notably Editor of Language and (currently) Editor in Chief of both The Oxford Bibliography of Linguistics and The Oxford Research Encyclopedia of Linguistics.

Aronoff was introduced to sign language in the mid 1990s, having been convinced that sign languages could shed light on core questions of morphology.  He has collaborated continuously since then with Wendy Sandler, Irit Meir and Carol Padden. Their work on the emergence of structure in Al-Sayyid Bedouin Sign Language has gained wide attention.

Annie Baker, who was recently awarded a 2014 Pulitzer Prize for her play The Flick,
is a native of Amherst, Massachusetts. She graduated from the Department of Dramatic Writing at New York University’s Tisch School of the Arts and then earned her MFA from Brooklyn College. Her full-length plays include Circle Mirror Transformation (Playwrights Horizons, Obie Award for Best New American Play, Drama Desk nomination for Best Play), The Aliens (Rattlestick Playwrights Theater, Obie Award for Best New American Play) and Body Awareness (Atlantic Theater Company, Drama Desk and Outer Critics Circle nominations for Best Play/Emerging Playwright).

Baker’s recent awards and honors include a Steinberg Playwriting Award, USA Collins Fellowship, New York Drama Critics Circle Award, and Lilly Award. An anthology of her work, The Vermont Plays, is available from TCG books, which will also publish Uncle Vanya and The Flick in 2014. Her plays have been produced at more than one hundred theaters across the U.S. and more than a dozen countries worldwide. Recent international productions include Circle Mirror Transformation at the Royal Court in London and the Moscow Art Theatre in Moscow.

Baker is a resident playwright at the Signature Theatre and teaches playwriting at New York University, Barnard College. She has been a core faculty member in the MFA in Theatre program at Stony Brook Southampton since 2012.

Chittick, who was selected for the fellowship in the category of Translation, grew up in Connecticut, attended The College of Wooster in Ohio, and discovered Rumi during a junior year at the American University of Beirut. In 1966 he enrolled in the University of Tehran, where he completed a PhD in Persian literature with a dissertation on Jami, a 15th-century follower of the Andalusian sage Ibn Arabi, the greatest of the mystical philosophers.  He then taught comparative religion at a technical university in Tehran while continuing his research and participating in the activities of the Iranian Academy of Philosophy.  He left Iran right before the revolution and worked for a time as an assistant editor for the Encyclopaedia Iranica at Columbia University.  In 1983 he was hired in the religious studies program at Stony Brook, where he has continued to teach and write.

He has been a visiting professor at Harvard, Paris and Peking.  In 30 books and 200 articles he has investigated diverse expressions of the Islamic intellectual tradition from Spain to China.   His three NEH fellowships over the years led to two major studies of Ibn Arabi and, most recently, the award-winning Divine Love: Islamic Literature and the Path to God.  He has just completed a 900-page translation of selections from Kashf al-asrar, a 12th-century commentary on the Quran that explicates the world view of the Persian love poets.

Kittay, a Distinguished Professor of Philosophy at Stony Brook University and Senior Fellow of the Stony Brook Center for Medical Humanities, Compassionate Care, and Bioethics, has been awarded a Guggenheim Fellowship in the Philosophy category to complete a book tentatively titled Disabled Minds and Things That Matter: Lessons for a Humbler Philosophy. Kittay is the mother of two children, one of whom is severely cognitively disabled and who has served as the inspiration for the book.

Her pioneering work interjecting questions of care and disability (especially cognitive disability) into philosophy and her work in feminist theory have garnered a number of honors and prizes: 2003 Woman Philosopher of the Year by the Society for Women in Philosophy, the inaugural prize of the Institut d Mensch, Ethik und Wissenschaft, the Lebowitz prize from the American Philosophical Association and The Phi Beta Kappa Society; a Lifetime Achievement Award from the Center for Discovery; and an NEH Fellowship.

In 1999 Kittay’s Love’s Labor: Essays on Women, Equality and Dependency received international attention and has been translated into Japanese and Italian.  The edited collection Women and Moral Theory ushered in decades-long work by philosophers in the ethics of care. Other edited collections include The Blackwell Guide to Feminist Philosophy, and Theoretical Perspectives on Dependency and Women.  A 2008 collection—based on a conference she organized, “Cognitive Disability and the Challenge to Moral Philosophy”—opened a new field of inquiry in philosophy.

Kittay received her BA from Sarah Lawrence College and her PhD from the Graduate Center of the City University of New York. Her first works in philosophy were in the philosophy of language, publishing Metaphor: Its Cognitive Force and Linguistic Structure (Clarendon Press, Oxford UP).

Since its establishment in 1925, the Guggenheim Foundation has granted more than $306 million in Fellowships to more than 17,500 individuals, among whom are scores of Nobel laureates, poets laureate, and winners of Pulitzer Prizes, Fields Medals, and of other important, internationally recognized honors.

“These artists and writers, scholars and scientists represent the best of the best,” Edward Hirsch, president of the Foundation, said of the 178 new Guggenheim Fellows. “Since 1925 the Guggenheim Foundation has always bet everything on the individual, and we’re thrilled to continue the tradition with this wonderfully talented and diverse group. It’s an honor to be able to support these individuals to do the work they were meant to do.”