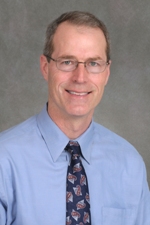 James Bliska, Laszlo Mihaly and Dianna Padillato be honored for contributions to science and society

Stony Brook, NY, November 25, 2013 – Three Stony Brook University professors– James Bliska, Laszlo Mihaly and Dianna Padilla–have been elected Fellows of the American Association for the Advancement of Science (AAAS) for their scientific and social efforts to advance science or its applications. Stony Brook’s three recipients are among 388 newly elected members who will be honored at the Fellows Forum held during the AAAS Annual Meeting on February 15, 2014 in Chicago. This year’s AAAS Fellows will be formally announced in the AAAS News & Notes section of the journal Science on November, 29, 2013.

All Fellows receive a certificate and a blue and gold rosette pin as a symbol of their distinguished accomplishments.

“This year’s election of three internationally-known Stony Brook University scholars speaks volumes about the significant contributions they are each making in their respective fields of research,” said Stony Brook University President Samuel L. Stanley Jr., M.D. “Profs. Bliska, Mihaly and Padilla have joined the growing ranks of Stony Brook’s AAAS Fellows and I congratulate them on this well-deserved distinction.”

James B. Bliska, Ph.D., professor in the Department of Molecular Genetics and Microbiology, was elected for distinguished contributions to the field of microbial pathogenesis, particularly for establishing new paradigms at the interface of bacterial virulence factors and host cell biology. Dr. Bliska is internationally recognized for his work on a class of protein cytotoxins that are secreted by many important bacterial pathogens in humans. His work established that these toxins act on targets inside human cells and consequently activate immune response.

Laszlo Mihaly, Ph.D., chair and professor in the Department of Physics and Astronomy, was elected for major contributions in optical studies of high temperature superconductors and fullerene materials; and for developing far infrared methods to study electron spin resonance.

Dianna K. Padilla, Ph.D., professor in the Ecology and Evolution Department, was elected for distinguished work in marine and freshwater ecology, particularly in aquatic invasion ecology and the role of phenotypic plasticity in plant herbivore interactions.