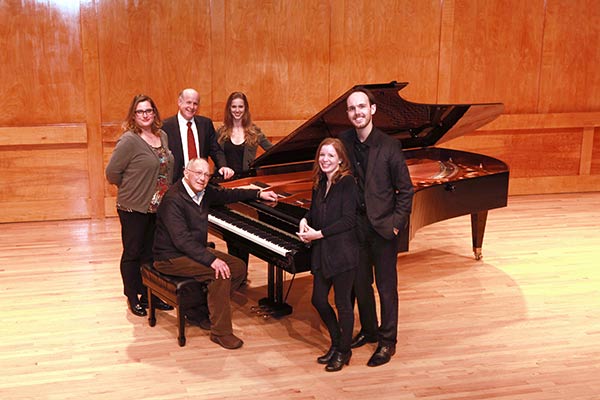 “I ran into Billy Joel last August in Sag Harbor and thanked him for the Baldwin Grand Piano he donated several years ago,” said Perry Goldstein, the Professor and Chair of Stony Brook University’s Music Department. “He told me he’s heard very good things about the music program at Stony Brook and said that he might have another piano for us. Some months later, we received the Bosendorfer.”

The Bosendorfer has nine more keys than a conventional piano, which enables a completely new octave and elicits a huge, rich, luxurious tone. Worth $250,000, the high-end concert grand piano is housed in Staller Center recital hall where it has been played by members of the piano faculty and piano students in the graduate program.

“Stony Brook attracts over 100 graduate applicants in piano each year who are eager to study with our superb piano faculty, Distinguished Professor of Music Gilbert Kalish and Professor Christina Dahl,” said Goldstein. “We are pleased to add this showcase piano to our fleet of concert grands in the department and thank The Joel Foundation for their generous support of music at Stony Brook.”

The gift was made possible by The Joel Foundation that provides music scholarships, gifts and endowments to institutions across the East coast.

“We are so gratified that our music program was singled out by such a giant in the music business,” said Dexter Bailey, Vice President for

Advancement at Stony Brook. “Private philanthropy such as this is critical to Stony Brook,  enabling our students and faculty to aim higher.”