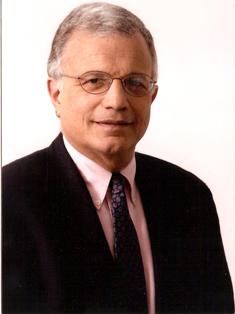 STONY BROOK, N.Y., December 17, 2010 – Jim Morgo, a business consultant, former Suffolk Chief Deputy County Executive and a long-time affordable housing developer has been appointed by New York State Governor David A. Paterson to the Stony Brook University Council. The Stony Brook Council is an advisory body to the institution and to the President and Senior Officers of Stony Brook University.

A Bayport resident, Mr. Morgo is currently President of Morgo Private Public Strategies, a private-sector consulting business that specializes in municipal approvals and community acceptance and is the part-time economic development coordinator for the Town of Brookhaven. Morgo succeeds John Cochrane, whose seven year term concluded this year.

The council, chaired by Kevin Law, President & CEO of the Long Island Association, Inc. consists of 10 members, nine of whom are appointed to seven-year terms by the governor of the State of New York, and one student member elected in alternating years from among the campus’ undergraduate and graduate student organizations.

“I have known Jim for more than twenty years and have worked with him at both the LI Housing Partnership and the County of Suffolk,” said Council Chair, Kevin Law. “We also both served together as Trustees for Suffolk Community College. Jim’s passion for education, housing and economic development runs deeper than anyone in public service. I can not think of a finer person to join the SBU Council and look forward to working with Jim once again.”

From November 2007 to April 2009, Mr. Morgo was Chief Deputy County Executive for Suffolk County, the ninth largest County in the United States with 900 square miles and a population of 1.5 million people. In this capacity, Mr. Morgo had direct oversight of all county departments consisting of more than 12,000 employees and a $2.6 billion budget. Prior to that he served as Suffolk County’s first Commissioner of Economic Development and Workforce Housing. As Commissioner he was the Chief Administrator of the five division department (aviation; cultural arts and film; community development; affordable housing; and economic development) with the mission to attract, retain and expand businesses in Suffolk County and to allow needed workers to find homes they could afford. Mr. Morgo continues to serve as Chair of the Suffolk County Industrial Development Agency.

In 1983, Mr. Morgo was elected to represent the Eighth Legislative District in the Suffolk County Legislature. As a Legislator, he sponsored landmark legislation calling for a public acquisition of the Long Island Lighting Company, and he established himself as a strong advocate for middle-class homeownership.

Newsday named Jim Morgo as one of the 10 Long Island Residential Real Estate “Movers and Shakers.” In 2005, he was named by the Long Island Business News as one of Long Island’s 100 most influential leaders. In 2005, 2006 and 2007 The Long Island Press named Jim Morgo one of Long Island’s 50 most powerful leaders. He has received many awards from civic, community and business organizations for his leadership in housing and business.  Mr. Morgo holds a Bachelor of Arts degree from Boston College, a Master of Arts degree from Columbia University and a professional leadership certificate from the John F. Kennedy School of Government of Harvard University.