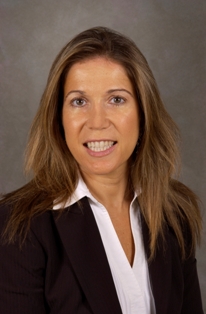 STONY BROOK, N.Y
., December 15, 2010 – Smadar Kort, M.D., FACC, FASE, Director of
Non-Invasive Cardiac Imaging
and Director of Echocardiography at
Stony Brook University Medical Center,
has been elected as the next Governor of the
American College of Cardiology
(ACC) for Downstate New York for a three-year term from 2012-2015.

The Board of Trustees of the ACC ratified the election on Dec. 6. Dr. Kort will serve as Incoming Governor-elect until April 2011. She will assume the duties of Governor-elect from April 2011 to March 2012.

Professor of Medicine in the Division of Cardiology at Stony Brook University School of Medicine, Dr. Kort has served as Director of Non-Invasive Cardiac Imaging and Director of Echocardiography since May 2005. She received her medical degree from Sackler School of Medicine in Israel and completed her internship and residency in internal medicine at The New York Hospital-Cornell Medical Center in New York.

Located in Washington, D.C., the ACC advocates for quality cardiovascular care through education, research promotion, and the development and application of standards and guidelines.

The New York State Chapter functions, in consultation with the leadership of the American College of Cardiology, as an advisor to local and state governmental and professional organizations regarding issues related to cardiovascular disease. The chapter provides continuing medical education programs of the highest caliber. It is involved in socio-economic, reimbursement and legislative issues that influence access to high-quality cardiovascular care for all individuals, and maintains a high level of social consciousness.