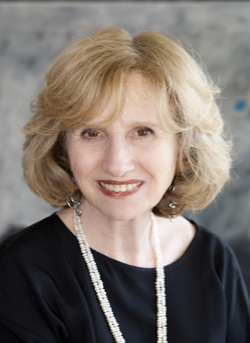 STONY BROOK, N.Y., December 7, 2009 — The State University of New York Board of Trustees approved the appointment of faculty member at Stony Brook University – Eva Feder Kittay, Professor, in the Department of Philosophy – to distinguished rank, as recommended by campus colleagues and SUNY Chancellor Nancy Zimpher. The rank of Distinguished Professor is the University’s highest faculty designation.


Dr. Kittay’s early work on metaphor is considered a major contribution to the literature.  Her book, Metaphor:  Its Linguistic Structure and Its Cognitive Force, is still in print and is read internationally by linguists, psychologists, literary scholars as well as philosophers.  Dr. Kittay’s subsequent work on care ethics and feminism is viewed as among the most sophisticated developments of this much-discussed line of thought.  It is discussed not only in the English-speaking world, but also in Europe and in parts of Asia.  Dr. Kittay’s most singular contribution to date lies in creating an entire area of philosophical inquiry into disability, and most particularly cognitive disability.  This was set forth in her book, Love’s Labor, and it has spurred an extensive debate that has been taken up by leading figures in the profession. This work has crossed disciplinary boundaries and is read in the contexts of bioethics, nursing schools, sociologists, disability studies, as well as in philosophy and women’s studies. Dr. Kittay’s contributions to care ethics and disability studies have been widely recognized, as is signaled by the fact that she received the first-ever award given by the Institut Mensche, Ethik, und Wissenshaft, a bioethics and policy institute that has strong influence within the German government.

“Stony Brook gave me the freedom and encouragement to map out new territory in my discipline,” said Dr. Kittay.  “For this, I am most grateful to my department.  I also have had and to the many wonderful Stony Brook students and faculty who helped me hone my ideas. My work in care ethics and disability has been inspired by my daughter who has multiple and significant disabilities.  It is she who made me question fundamental assumptions in philosophy and the culture at large about what it means to be human.  I hope my writings will contribute to the acceptance of multiple ways of being in the world and to an understanding of the moral importance of caring for each other in our dependency.  I also am grateful to my family for their forebearance and care as I have pursued my work.”

Appointment to the rank of Distinguished Professor is conferred upon individuals who have achieved national or international prominence and a distinguished reputation within a chosen field. This distinction is attained through significant contributions to the research literature or through artistic performance or achievement in the arts.  The candidates’ work must be of such character that the individuals’ presence will elevate the standards of scholarship of colleagues both within and beyond these persons’ academic fields. It must also be of such quality that students and scholars on other SUNY campuses could and would wish to benefit by lectures and seminars or other appropriate presentations the faculty members might bring to them. Appointment constitutes a promotion to the SUNY’s highest academic rank and is conferred solely by the SUNY Board of Trustees.

“The SUNY distinguished professors, of which there are more than 800, are nationally and internationally recognized scholars and scientists of the highest academic distinction,” said SUNY Chancellor Nancy L. Zimpher. “Each of these faculty members has met or exceeded the rigorous requirements for this promotion. SUNY is very proud of its distinguished professors and I commend the Board of Trustees for recognizing their talent and service by approving their appointments to distinguished rank.”

The State University of New York is the largest comprehensive university system in the United States, educating nearly 465,000 students in 7,669 degree and certificate programs on 64 campuses.