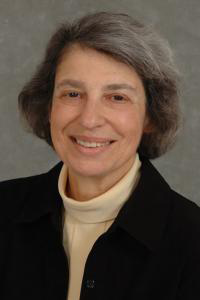 STONY BROOK, N.Y., December 4, 2009 — The State University of New York Board of Trustees approved the appointment of faculty member at Stony Brook University – Evelyn Bromet, Professor, in the Department of Psychiatry and Behavioral Science to distinguished rank, as recommended by campus colleagues and SUNY Chancellor Nancy Zimpher. The rank of Distinguished Professor is the University’s highest faculty designation.


Dr. Bromet’s research spans a range of psychiatric problems including alcoholism, depression, post-traumatic stress disorder, and schizophrenia.  Her research on disaster mental health started with a groundbreaking study of the psychological impact of the Three Mile Island nuclear power plant accident on mothers of young children, workers at the plant, and psychiatric patients in the public treatment sector.  More recently, she collaborated with the Ukrainian Psychiatric Association in Kyiv on the first psychiatric epidemiologic research on the psychological impact of the Chernobyl nuclear power plant accident on evacuees in Kiev. Dr. Bromet spearheaded the first national epidemiologic survey on mental and physical disorders in Ukraine as part of the World Health Organization’s World Mental Health Survey Consortium. She also collaborates with colleagues at Stony Brook and throughout Suffolk County on research documenting the lives and treatments of people entering the mental health system with a range of psychiatric problems.  Her work has resulted in more than 200 papers, chapters and reports, and two co-authored books. She received the Rema Lapouse Mental Health Research Award from the American Public Health Association (1989), the Brigitte Prusoff Memorial Prize from the Department of Epidemiology at Yale University (2007), and was named honorary fellow of the Ukrainian Psychiatric Association in 2005.

“I feel extremely honored,” said Dr. Bromet. “This recognition is a tribute not only to my work, but also to my superb colleagues at Stony Brook and to the enthusiastic support from the Suffolk County mental health community.”

Appointment to the rank of Distinguished Professor is conferred upon individuals who have achieved national or international prominence and a distinguished reputation within a chosen field. This distinction is attained through significant contributions to the research literature or through artistic performance or achievement in the arts.  The candidates’ work must be of such character that the individuals’ presence will elevate the standards of scholarship of colleagues both within and beyond these persons’ academic fields. It must also be of such quality that students and scholars on other SUNY campuses could and would wish to benefit by lectures and seminars or other appropriate presentations the faculty members might bring to them. Appointment constitutes a promotion to the SUNY’s highest academic rank and is conferred solely by the SUNY Board of Trustees.

“The SUNY distinguished professors, of which there are more than 800, are nationally and internationally recognized scholars and scientists of the highest academic distinction,” said SUNY Chancellor Nancy L. Zimpher. “Each of these faculty members has met or exceeded the rigorous requirements for this promotion. SUNY is very proud of its distinguished professors and I commend the Board of Trustees for recognizing their talent and service by approving their appointments to distinguished rank.”

The State University of New York is the largest comprehensive university system in the United States, educating nearly 465,000 students in 7,669 degree and certificate programs on 64 campuses.