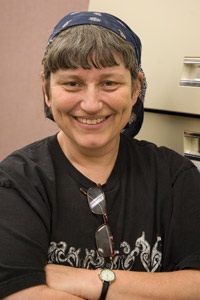 STONY BROOK, N.Y., December 3, 2010 – The individual and team regional winners in the 2010 Siemens Competition in Math, Science & Technology mentored by two distinguished Stony Brook University professors during summer research programs at the university will compete in the National Finals in Washington, DC, this weekend with the winners of the other five regional competitions for the $100,000 grand prize.

Nevin Daniel, a senior at Ward Melville High School in East Setauket, was named the individual regional winner for his project to develop a new method for anti-cancer drug delivery, leading to more effective, specific and biocompatible chemotherapeutic treatments for cancer patients. Mr. Daniel, who received a $3,000 scholarship, did his research under the direction of Iwao Ojima, Ph.D., Distinguished Professor of Chemistry and Director of Institute of Chemical Biology & Drug Discovery, SUNY Stony Brook. His project was Novel Asymmetrical Bow-Tie PAMAM Dendrimer Conjugates as Model Systems for Anticancer Taxoid Drug Delivery.

The regional team winners – seniors Nikhil Mehandru of Roslyn High School in Roslyn, NY, Sonya Prasad of The Wheatley School in Old Westbury, NY, and Santhosh Narayan of Munster High School, Munster, Indiana – collaborated on a project to seeking to engineer a chip-based platform with the potential to detect and treat cancer.  The students, who will divide the $6,000 prize, were mentored by Miriam Rafailovich, Distinguished Professor of Material Science and Engineering. Their project was Engineering Nanoscale Biosensors with Thermoreversible Hydrogels for a Dual Therapy of Cancer Detection and Tumor-Targeted Drug Delivery.

The students are only the latest high school students mentored at Stony Brook to win acclaim in national math and science competitions. Last year’s individual Grand Prize national winner in the Siemens Competition was Ruoyi Jiang, at the time a senior at Ward Melville High School, who conducted his research at Stony Brook University and Brookhaven National Laboratory under the mentorship of Professor of Chemistry, Carlos Simmerling. He won a $100,000 scholarship for his research on chemotherapy drug resistance.

Also last year, Nityan Nair, a senior at Hastings High School in Hastings-on-Hudson, New York, was awarded 3rd place in the individual Siemens Competition national finals and a $40,000 scholarship. Mr. Nair, whose research project combined optical vortices and Fresnel zone plates, two important topics in contemporary optics with important applications from nanomechanics to x-ray microscopy, had done his research at Stony Brook University under the mentorship of Dr. John Noe, Executive Director of the Laser Teaching Center in the Department of Physics and Astronomy.

In 2007, two Long Island students who spent the majority of their summer doing research in the Chemistry Lab of Dr.  Ojima were selected as Grand Prize winners in the team category of the Siemens Competition. Janelle Schlossberger and Amanda Marinoff, who at the time both seniors at John F. Kennedy High School in Plainview-Old Bethpage, shared a $100,000 scholarship for their project FtsZ Inhibitors as Novel Chemotherapeutic Agents for Drug-Resistant Tuberculosis – a drug discovery project that could lead to the first new tuberculosis treatment in 35 years.

In 2001-02, while seniors at Stella K. Abraham High School for Girls in Hewlett Bay Park, Shira Billet and Dora Sosnowik, mentored by Dr. Rafailovich, were the Grand Prize winners in the Team category, sharing the $100,000 scholarship for their project, “A Viscometer for Ultra Thin Films.”

In this year’s competition, Mr. Daniel studied dendrimers – or repeatedly branched, roughly spherical large molecules – and set out to develop a structure that could act as an anti-cancer drug delivery agent.

A 2009 Siemens Competition semifinalist, Mr. Daniel has won more than 30 Science Olympiad regional, state, and national medals.  A National AP Scholar, he is the recipient of the Presidential Service Gold Award, Scholastic Writing Gold Key, and Gold Medals in the National Spanish and Latin Exams.  Mr. Daniel’s many roles at his school include serving as president of the Science Bowl, as an editor of the school newspaper and literary magazine and as a member of the cross country team.  He plays the violin and viola and has performed at Carnegie Hall with the Metropolitan Youth Orchestra of New York.  Mr. Daniel hopes to study biomedical engineering or pre-med and to become a biomedical research scientist leading his own laboratory.

“He’s quite an exceptional student,” said Dr. Ojima. “He knocked on my door when he was a sophomore. We usually wait until they are seniors, usually sophomores are excluded, but his resume was very exceptional so I interviewed him and I was pretty impressed.”

Nevin in 2009 was also one of four Ward Melville students who participated in the Biotechnology Summer Camp program held at the Center for Science & Mathematics Education at Stony Brook University,

The three students mentored by Dr. Rafailovich who won the regional team competition were each interested in different areas and decided to combine their interests on a single project.

“One was interested in nanoparticles, another cancer cells, a third wanted make a wireless drug delivery system. The program fosters camaraderie, and they decided to work together. I was really impressed. They did really good work.”

Dr. Rafailovich said students in the program are offered different areas in which they can work and invariably look for the projects with the highest risk. “When you push the envelope or the edge, that’s where students want to go,” she said. “They love the high risk.” 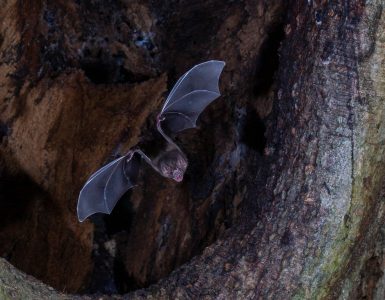 STONY BROOK, N.Y., September 19, 2019 – The sense of smell is one of the most poorly understood of the five major senses. But now an international team of scientists led by Laurel Yohe of Stony Brook University suggests...