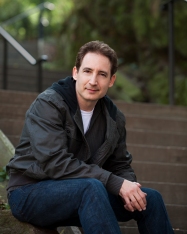 Dr. Greene’s first talk, to be held at 2:30 pm, is a technical colloquium for faculty and advanced graduate students in the fields of physics and mathematics. A second talk to be held at 5:30 pm in the Simons Center for Geometry and Physics Main Auditorium is open to the public and is geared for a general audience. High school and middle school students interested in the STEM (Science, Technology, Mathematics and Engineering) fields are especially encouraged to attend.

According to the Washington Post Dr. Greene is “the single best explainer of abstruse concepts in the world today is an ideal speaker for the opening talks of this series, having made outstanding discoveries in theoretical physics and making such discoveries accessible to non-physicists.” He holds degrees from Harvard University and Oxford University, where he was a Rhodes Scholar; he is currently a Professor of Physics and of Mathematics at Columbia University where he co-directs the Institute for Strings, Cosmology, and Astroparticle Physics (ISCAP).  Professor Greene is widely recognized for a number of groundbreaking discoveries in his field of superstring theory, including the co-discoveries of mirror symmetry and of topology change; he is known to the public through his general-level lectures, writings and television appearances from Charlie Rose to David Letterman. His first book, The Elegant Universe was finalist for the Pulitzer Prize, his more recent books, The Fabric of the Cosmos and The Hidden Reality, were both New York Times bestsellers.  Dr. Greene’s three-part NOVA special based on The Elegant Universe was nominated for three Emmy Awards and won a Peabody Award. With Emmy-award winning journalist Tracy Day, Greene co-founded The World Science Festival, which was hailed by the New York Times as a “new cultural institution.”

Both of these lectures were made possible by a generous donation from brothers Stephen and Vincent Della Pietra. The Della Pietra Lecture Series aims to bring world-renowned scientists to the Simons Center for Geometry and Physics to enhance the intellectual activity of the Center and also bring greater awareness of recent and impactful discoveries in Physics and Mathematics to the Long Island community.