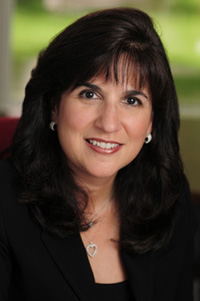 Maria Emanuel Ryan, D.D.S., Ph.D., awarded first “Victress” Award in Health for the development of new diagnostic and therapeutic modalities for the management of periodontal disease

STONY BROOK, N.Y., September 20, 2010 –  Maria Ryan, D.D.S., Ph.D. Professor of Oral Biology and Pathology in the Stony Brook University School of Dental Medicine was recently named the winner of an international award that recognized her work in advancing women’s health care by focusing her research efforts on the development of risk assessment strategies and biochemical testing for early identification of periodontal disease. Dr. Ryan was presented with the first ever Victress Award in Health at an August gala in Berlin, Germany.


The Victress Initiative is a non-profit organization that aims to increase the percentage of women in leading positions and to promote leadership by presenting modern role models, innovative solutions for companies and inspiring young women on their way to the top. Victress was founded in 2005 by men and women who combine their individual strengths and networks to promote Victress and its mission.

The Victress Award in Health was created to honor a scientist or doctor who is researching or developing in a field that is gender specific or who provides a breakthrough for women’s health. The winner also serves as a role model for young women who want to follow a similar career path. The award recognizes that women have different medical needs, sometimes show different symptoms or respond differently to medication, and is meant to promote some of the brilliant women in science who are usually not as visible as their male colleagues.

Dr. Ryan, who is also Associate Dean for Strategic Planning and External Affairs at the School of Dental Medicine and served as the Director of Clinical Research, continues to work on the development of early diagnostic tests that can be used by obstetricians to identify periodontal disease, in women who are either pregnant or thinking of becoming pregnant, since this often silent oral disease can cause health problems for both the mother and the fetus if left untreated.

“You could deliver a baby prematurely or have a low birth weight baby which is a significant cause of perinatal morbidity and mortality making this is a major health care issue,” she said. “Before women become pregnant and certainly if they are pregnant they should be examined to see if they have periodontal disease and then treated.”

Dr. Ryan said there are multiple instances when women should be screened for periodontal disease, which can also cause complications related to cardio-vascular disease and diabetes and which has been related to diseases that are more common in women such as osteoporosis and rheumatoid arthritis.

“My entire career has been about educating the public and other practitioners on how to best identify, treat and manage chronic periodontal disease, not only dentists but also physicians,” she said. “By improving on diagnosis and developing screening tests patients can be identified by physicians, physician’s assistants, nurse practitioners, nurses and other health care providers who can then refer their patients to the dentist for appropriate care.”

Dr. Ryan received her award at a reception attended by 750 people in an historic Berlin theater.

“I was very proud to be there as an American and particularly as a professor, health care provider and researcher from Stony Brook University,” she said. “I feel fortunate being at the university because we’ve had excellent administrators who have really supported our women faculty. Nationally, in medicine and dentistry there are very few women who have really reached the highest levels in academia, which is remarkable in that 50 percent of classes graduating are women.”

Dr. Ryan lives in Laurel Hollow with her husband, Charles, and their 5 year old son Peter.

Part of the State University of New York system, Stony Brook University encompasses 200 buildings on 1,450 acres. In the 53 years since its founding, the University has grown tremendously, now with nearly 25,000 students and 2,200 faculty and is recognized as one of the nation’s important centers of learning and scholarship. It is a member of the prestigious Association of American Universities, and ranks among the top 100 national universities in America and among the top 50 public national universities in the country according to the 2010 U.S. News & World Report survey. Considered one of the “flagship” campuses in the SUNY system, Stony Brook University co-manages Brookhaven National Laboratory, joining an elite group of universities, including Berkeley, University of Chicago, Cornell, MIT, and Princeton that run federal research and development laboratories. SBU is a driving force of the Long Island economy, with an annual economic impact of $4.65 billion, generating nearly 60,000 jobs, and accounts for nearly 4% of all economic activity in Nassau and Suffolk counties, and roughly 7.5 percent of total jobs in Suffolk County.