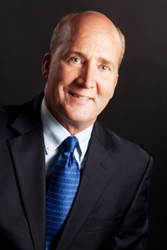 STONY BROOK, N.Y.,  September 8, 2009 – Stony Brook University’s School of Journalism announced today that veteran news reporter and executive editor and former Nieman Fellow, Dean Miller has been named Director of the Center for News Literacy.  The center, established in September 2007 and housed at Stony Brook University’s School of Journalism, is the nation’s first Center for News Literacy designed to educate current and future news consumers on how to judge the credibility and reliability of news.


Howard Schneider, Dean of the School of Journalism, who announced the appointment, said “Dean is an accomplished journalist who has exhibited professional courage and a passion for the First Amendment. He’s also a gifted communicator. He’s the kind of leader we need to help turn News Literacy into a national movement.”

“I am delighted to join the Center for News Literacy, preparing students to be empowered and thoughtful citizens in this rapidly expanding Information Age,” said Miller. “I am eager to lead the charge for the rising demand for News Literacy education in colleges and universities across the country.”

For more than 25 years, Miller was a reporter and editor at newspapers in the Northern Rockies. For 14 of those years he was managing editor and then executive editor of the Post Register, the employee-owned daily in Idaho Falls, Idaho. During his tenure, the Post Register won numerous national journalism awards and grew readership against the national freefall in newspaper circulation.

Under Miller’s stewardship, the Post Register won the E.W. Scripps Distinguished Service to the First Amendment award in 2006 for its investigation of the Boy Scouts organization’s failure to drum out pedophile staffers. The Scout investigation was the subject of “In a Small Town,” a WNET documentary. For his first-person account of the organized backlash against the newspaper, Miller won the national Mirror Award for media writing.

Selected for a Nieman Fellowship in Journalism at Harvard in 2007, Miller advised student journalists while studying management and comparative religion. During his Nieman year, Miller also filmed and edited a documentary film about the Idaho songwriter whose hit tune Paul McCartney played to get into John Lennon’s Quarrymen.

Miller has taught at The Poynter Institute for Media Studies and in Poynter’s traveling National Writers Workshops since 1999 and has been an Ethics Fellow at the Poynter Institute since 2006. A First Amendment advocate, Miller taught workshops across Idaho on issues related to public records and open government. He also taught marketing, redesign and writing to corporate executives and staff.

Miller was a reporter on the Spokesman-Review team that was a finalist for the Pulitzer Prize for its coverage of the FBI’s shooting of four citizens at Ruby Ridge. He also wrote in a freelance capacity for the Washington Post, Christian Science Monitor, International Herald Tribune, High Country News and US News & World Report.

Miller earned his B.A. in English at Cornell where he was an editor of the Cornell Daily Sun. He is a member of the American Press Institute board of newsroom advisors and was co-founder of Idahoans for Openness in Government (IDOG).  He lives in Stony Brook with his wife and two children. – See more at: http://commcgi.cc.sunysb.edu/cgi-bin/am2/admin.cgi#sthash.ZxxSAwzG.dpuf