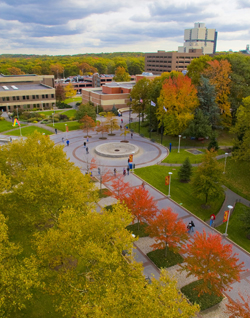 “No disrespect to Harvard, Yale, and Princeton,” the magazine’s editors wrote, “but you don’t need to attend a fabled Ivy to get a big-league education.”

The lists are based on “the recommendations of 43 top counselors across the country.” The three lists on which Stony Brook is cited include large state schools, premed, and flexible scheduling, about which the panel comments, “SUNY Stony Brook provides many options for students across all disciplines, which is particularly appealing to the non-traditional college student. The school’s cost to value ratio is also outstanding.”

Parade’s College A-List was coordinated by Gwyeth Smith, a former guidance counselor at Oyster Bay High School, and based on the subject of the book Acceptance by Pulitzer-Prize winning journalist, David Marcus. Parade is distributed in 510 Sunday newspapers, including the Boston Globe, Chicago Tribune, Los Angeles Times, Philadelphia Inquirer, Washington Post, and the New York Post. It has a circulation of 32.2 million with 74 million readers.

In other recent ranking publications this year, Stony Brook was ranked among the top 100 national universities and among the top 50 public national universities in the United States by U.S. News & World Report, and its Engineering program was ranked among the best programs at engineering schools whose highest degree is a doctorate. Stony Brook graduates were also ranked among the highest in the nation when it comes to earnings potential, according to a recent national ranking. According to the PayScale 2010 College Salary Report, the starting median pay for Stony Brook graduates is $49,200 and the mid-career median pay is $90,800. Stony Brook was also cited in the Sierra Club’s recent fourth annual Coolest Schools survey. The environmental organization surveyed 900 colleges and universities across the United States, asking them to detail their sustainability efforts. The survey looked at energy supply and other factors measuring a school’s commitment to sustainability: efficiency, food, academics, purchasing, transportation, waste management, administration, financial investments and other initiatives.

Part of the State University of New York system, Stony Brook University encompasses 200 buildings on 1,450 acres. In the 50+ years since its founding, the University has grown tremendously, now with nearly 24,700 students and 2,200 faculty and is recognized as one of the nation’s important centers of learning and scholarship. It is a member of the prestigious Association of American Universities, and ranks among the top 100 national universities in America and among the top 50 public national universities in the country according to the 2010 U.S. News & World Report survey. Considered one of the “flagship” campuses in the SUNY system, Stony Brook University co-manages Brookhaven National Laboratory, joining an elite group of universities, including Berkeley, University of Chicago, Cornell, MIT, and Princeton that run federal research and development laboratories. SBU is a driving force of the Long Island economy, with an annual economic impact of $4.65 billion, generating nearly 60,000 jobs, and accounts for nearly 4% of all economic activity in Nassau and Suffolk counties, and roughly 7.5 percent of total jobs in Suffolk County. – See more at: http://commcgi.cc.sunysb.edu/cgi-bin/am2/admin.cgi#sthash.I4GSwvos.dpuf