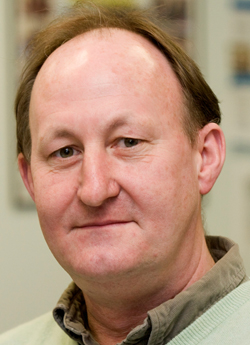 “These awards from the National Science Foundation illustrate the depth and diversity of research being done at Stony Brook,” said Stony Brook University President Samuel L. Stanley, Jr., M.D. “This is but a sample of our commitment to furthering science education and scientific knowledge.”

The grants will go to:

Keith Sheppard, Ph.D., Director of Science Education and Associate Professor of Biochemistry and Cell Biology, and Lisa Berger, Ph.D., Assistant Professor in the Mathematics Department, $749,487 for a program that awards stipends to prospective math and science teachers who have committed to teach in high-need districts on Long Island and in New York City. The Robert Noyce Scholarship program grant, which runs from Aug.1, 2010 to July 31, 2015, will be used to award stipends to talented math and science undergraduates and professionals to encourage them to become teachers and to teach in high need school districts. This is the second phase of the program, which will expand efforts to ensure that teachers are prepared to teach in high need districts by having them observe and student teach in those districts.

“There a big need get more competent math and science teachers into school districts, particularly high need districts,” said Dr. Sheppard, noting there was a shortage of such teachers in general and particularly in less affluent districts.

The NSF grant follows a $1.5 million, four-year grant from the Howard Hughes Medical Institute to Stony Brook earlier this year to enhance science education. That award will be led by Professor of Biochemistry and Cell Biology David Bynum, founder and Director of the Center for Science and Mathematics Education.

C.R. Ramakrishnan, I.V. Ramakrishnan, Scott A. Smolka, and David S. Warren of the Computer Science Department, $500,000 for Probabilistic Tabled Logic Programming. The grant, which runs from Aug. 1, 2010 to July 31, 2013, brings together researchers in different fields of computer science – verification and formal methods, computational logic, and machine learning – to work toward a unifying framework for combining probabilistic inference, logical inference, and constraint processing. The project, which seeks to integrate statistical and logical reasoning, will have broad applications in science and engineering, according to C.R. Ramakrishnan, Ph.D.

In AI (artificial intelligence), according to Dr. Ramakrishnan, there are two main kinds of models: logical models that naturally handle structure and relationships, and statistical models that naturally handle uncertainty. “Many large, real-world systems have a great deal of structure, for example, the individual behaviors of different components of an embedded software system are highly choreographed. At the same time, these systems have inherent uncertainty arising from noisy data, possible component failure, etc. Effective reasoning over such systems requires a combination of logical and statistical reasoning. In the past, we have used logic programming to reason about possible behaviors of complex systems. We now aim to bring statistical inference into this framework, and hence quantitatively analyze system behaviors in the presence of uncertainty,” he said.

Petar M. Djuric, Ph.D., of the Department of Electrical & Computer Engineering, $470,207 for Learning and Herding in Complex Systems. The grant runs from Aug. 1, 2010 to July 31, 2013 and funds research into distributed multi-agent systems, systems composed of multiple interacting agents that are not controlled by designated controlling agents. The project will study emergent behavior in these systems, particularly herding, and the project will attempt to develop a methodology for understanding the interplay between learning and herding in complex systems.

“Herding is a process when we behave like our neighbors and ignore our reasoning,” he said. “For example, sometimes we sell stocks because everyone else sells even though we know better to hold onto them.” The project’s goal is to learn the processes that take place when herding occurs in various types of complex systems – in nature, in society and in engineering systems. “We want to know how herding emerges. If we understand how learning is affected by herding and how herding arises from distributed learning, we may be able to design better engineering systems and devise strategies for non-engineering systems that predict herding and prevent catastrophes caused by herding” he said.

Stony Brook University, a member of the prestigious Association of American Universities and one of only 94 institutions in the country to be designated a “Very High Research University” by the Carnegie Foundation, finished FY 2009 with $173M in sponsored program expenditures. SBU’s tripartite mission of education, research, and public service is supported by extramural funding from both public and private sponsors, predominantly the National Institutes of Health, National Science Foundation, Department of Energy, and NY State.

SBU has the most active and successful technology licensing program in the SUNY system and is consistently ranked within the top 25 programs nationally according to the Association of University Technology Managers, with SBU faculty responsible for more than 1,400 inventions and 400 active patents. SBU accounts for over 95% of the aggregate licensing revenues system-wide. SBU co-manages Brookhaven National Laboratory , joining an elite group of universities–including Berkeley, University of Chicago, Cornell, MIT, and Princeton that run federal research and development laboratories. The Offices of the Vice President for Research include http://www.stonybrook.edu/research/oed/ the Offices of Sponsored Programs, Grants Management, Multidisciplinary Research, Research Compliance , http://www.stonybrook.edu/research/osp/ Economic Development and Technology Licensing and Industry Relations . For more information about SBU’s research enterprise, see http://www.stonybrook.edu/research/.