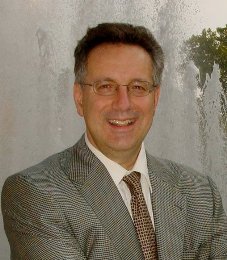 World-Class Scholar, Teacher and Leader from University of Michigan to start October 1

STONY BROOK, N.Y., August 3, 2011 – Dennis N. Assanis, the Jon R. and Beverly S. Holt Professor of Engineering and Arthur F. Thurnau Professor at the University of Michigan, as well as Director of the Michigan Memorial Phoenix Energy Institute, Founding Director of the US-China Clean Energy Research Center for Clean Vehicles and Director of the Walter E. Lay Automotive Laboratory, has been appointed Provost and Senior Vice President for Academic Affairs at Stony Brook University. He will also serve as Vice President for Brookhaven Affairs. The announcement was made today by Stony Brook President Samuel L. Stanley Jr., MD and is effective October 1, 2011.

Dr. Assanis, who received his B.Sc. degree in Marine Engineering from Newcastle University, England in 1980, and four graduate degrees from the Massachusetts Institute of Technology: S.M. in Naval Architecture and Marine Engineering (1983), S.M. in Mechanical Engineering (1983), Ph.D. in Power and Propulsion (1986) and S.M. in Management from MIT’s Sloan School of Management (1986), succeeds Eric W. Kaler, who resigned as Provost in July when he was appointed President of the University of Minnesota. Dr. Assanis is Founding Director of the interdisciplinary graduate program in Automotive Engineering (1996-2002), Chair of the Department of Mechanical Engineering (2002-2007), Director of the Automotive Research Center (2002-2009), and Founding Co-Director of the General Motors-University of Michigan Collaborative Research Laboratory for Advanced Engine Systems (2002-2011).

“Dennis Assanis is a distinguished scholar, teacher and leader,” said President Stanley. “As a researcher he has received the highest distinctions, including membership in the National Academy of Engineering. He has received awards for outstanding teaching both at the University of Michigan and internationally. Most important for Stony Brook is that Dennis is an exceptional leader, with the ability to bring together people such as social scientists and engineers, to collaborate and tackle some of the most important issues of our time. This multi-disciplinary leadership style will be critical to his role as Provost.

“Finally, one thing that was universally apparent from discussions with his peers is that Dennis is a person of great integrity, and a wonderful colleague. I know he will embrace Stony Brook’s commitment to excellence and help get us to new heights. I look forward to his arrival. ”

As the chief academic officer, the Stony Brook University Provost is responsible for oversight of the academic mission of west campus, providing direct supervision for all academic units, support services and operations, and coordinating all academic programs. The Deans and Directors of the Colleges, Schools, Libraries, Centers and Institutes, other than those in the Health Sciences Center, report to the Provost, who also acts on behalf of the President in the absence of the President. The Provost works closely with the Sr. Vice President of the Health Sciences Center/Dean of the Medical School and the Vice President for Research with regard to academic and research issues that concern the University as a whole.

“I am honored and thrilled to join President Sam Stanley and his exceptional team to pursue the vision of making Stony Brook one of the leading public Universities in the US and the world,” said Dr. Assanis. “The significant history of accomplishments in the first 50 years of its life, its strong partnership with Brookhaven National Laboratory and the passage of the NYSUNY 2020 legislation provide a springboard to leap into an even brighter future.  The potential to make a transformative impact to Stony Brook’s education, research, and service missions, while building a platform of excellence to support its future growth is truly exciting and intriguing to me.”

Assanis started his academic career as an Assistant and Associate Professor at the University of Illinois at Urbana-Champaign (1985-1994) and joined The University of Michigan in fall 1994 as Professor of Mechanical Engineering. He is recognized internationally for his innovative development of modeling methodologies and experimental techniques to shed light into complex thermal, fluid and chemical processes in internal combustion engines so as to improve their fuel economy and reduce emissions. He has published with his students and collaborators over 300 articles in journals and conference proceedings. Among other accomplishments, his group’s work on homogeneous charge compression ignition contributes significantly to operating engines in low temperature combustion, ultra clean and fuel economical regimes that constitute a paradigm shift from today’s practices. He is the President of the consulting company Assanis & Associates, Inc.  He is a Member of the National Academy of Engineering, a Fellow of the Society of Automotive Engineers (SAE) and a Fellow of the American Society of Mechanical Engineers (ASME). He has served as editor or editorial board member of various journals.

Dr. Assanis’ selection as Provost was made following a national search under the direction of co-chairs, David Ferguson, Distinguished Service Professor and Chair of Technology and Society, and Nancy Tomes, Professor of History and with the participation of a dedicated search committee. The search process was assisted by a prominent search firm, Russell Reynolds Associates, which has a particular expertise in the successful completion of major searches at AAU institutions and other highly respected colleges and universities similar to Stony Brook in scope and mission.

“Dennis Assanis is a world-class scholar, superb teacher, and an academic leader that is highly respected in academia and industry,” said, David Ferguson, Distinguished Service Professor and Chair of Technology and Society and Search Committee Co-Chair with Nancy Tomes, Professor of History. “His mix of talent, together with his passion for excellence, put him at the top of a long list of truly exceptional candidates.”

“Out of a superb pool of candidates, Dr. Assanis rose to the top, thanks to his energy and vision.  He will help Dr. Stanley take Stony Brook to the next level,” added Professor Tomes.

Phillip J. Hanlon, Provost and Executive Vice President for Academic Affairs, University of Michigan, said: “In his roles as Chair of Mechanical Engineering and Director of the Michigan Memorial Phoenix Energy Institute, Dennis was an energetic and effective advocate for research excellence and innovation.  On top of that, he was an outstanding and dedicated teacher.  We wish him the very best as he takes the next step in his leadership career.”

Stephen R. Forrest, Vice President for Research and the William Gould Dow Collegiate Professor of Electrical Engineering and Computer Science at the University of Michigan said, “While we are sad to see the departure of our colleague and friend, Dennis Assanis, from UM, we are delighted that he is moving on to be Provost at Stony Brook University. In addition to being a top notch mechanical engineer with an international reputation, his expertise in energy science has led to the rapid growth and flourishing of the Michigan Memorial Phoenix Energy Institute at UM. We will definitely miss him but look forward to continue working with him and SUNY in the years ahead.”

David C. Munson, Jr., the Robert J. Vlasic Dean of Engineering at the University of Michigan said, “In his time at Michigan, Dennis compiled a terrific record as both a world-class researcher and teacher.  More than that, he was a leader and program builder. We wish Dennis the very best as he begins the next stage in his academic career at Stony Brook.”

Kon-Well Wang, the Stephen P. Timoshenko Collegiate Professor and Department Chair in the Department of Mechanical Engineering at University of Michigan said, “Dennis has developed an outstanding record at the University of Michigan, which has contributed to the history and success of the mechanical engineering department. We wish him the very best in his future endeavors.”

Dr. Assanis will relocate to Long Island this fall with his wife, Helen Assanis. They have two adult sons, Nicholas and Dimitris.