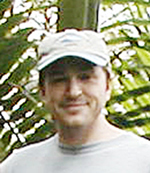 Temperature explains much of the geographic variation in lifespan within species

STONY BROOK, N.Y., July 27, 2009 — Temperature explains much of why cold-blooded organisms such as fish, amphibians, crustaceans, and lizards live longer at higher latitudes than at lower latitudes, according to research published this week in the Proceedings of the National Academy of Sciences (PNAS) online. Assistant Professor Dr. Stephan Munch and Ph.D. candidate Santiago Salinas, both of Stony Brook University’s School of Marine and Atmospheric Sciences (SoMAS), found that for a diverse range of species whose body temperatures vary with the temperature of their surroundings, ambient temperature is the dominant factor controlling geographic variation of lifespan within species.

“We were intrigued by the fact that pearl mussels in Spain have a maximum lifespan of 29 years, while in Russia, individuals of the same species live nearly 200 years,” said Dr. Munch. “We wondered how a relatively small difference in latitude (Spain 43ºN and Russia 66ºN) could have such a drastic impact on lifespan. While one might expect that local adaptations or geographic variations in predator and food abundance would account for this disparity, we wanted to see whether the geographical variation in lifespan that we see in all sorts of species has a common physiological basis in temperature.”

Munch and Salinas looked at lifespan data from laboratory and field observations for over 90 species from terrestrial, freshwater, and marine environments. They studied organisms with different average longevities–from the copepod Arcartia tonsa, which has an average lifespan of 11.6 days, to the pearl mussel Margaritifera margaritifera, which has an average lifespan of 74 years. They found that across this wide range of species, temperature was consistently exponentially related to lifespan.

The relationship between temperature and lifespan that Munch and Salinas found through data analysis was strikingly similar to the relationship that the metabolic theory of ecology (MTE) predicts. The MTE is a modeling framework that has been used to explain the way in which life history, population dynamics, geographic patterns, and other ecological processes scale with an animal’s body size and temperature.

“You can think of an animal as a beaker in which chemical reactions are taking place,” said Salinas. “The same rules that apply to a liquid inside a beaker should apply to animals. Chemists have a relationship for how an increase in temperature will speed up reaction rates, so the MTE borrows that relationship and applies it–with some obvious caveats–to living things.”

The lifespan in 87% of the free-living species Munch and Salinas studied varied as predicted by the MTE. Yet after removing the effect of temperature, there was still considerable variation in lifespan within species, indicating that other, local factors still play a role in determining lifespan.