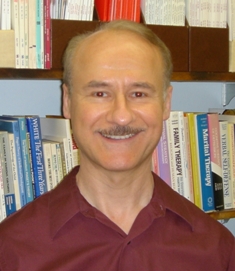 It is with great sadness that the University learned of the passing of Edward (Ted) Carr, Ph.D., 61, Leading Professor of Psychology, and his wife, Ilene Wasserman, Ph.D., 58, following an automobile accident in Wading River, N.Y., on Saturday, June 20, when they were returning from a nature drive.

Revered by students and colleagues, and beloved by the children and families he worked with, Dr. Carr was an internationally recognized pioneer in autism treatment research. He was co-developer of two strategies for dealing with autism used by researchers and practitioners worldwide: “Functional Behavior Assessment,” and “Positive Behavior Support, strategies now recommended by the Individuals with Disabilities Education Act, federal legislation that specifies how all children with disabilities in the United States are to be educated.

Dr. Carr was the Director of the Research & Training Center on Positive Behavior Support for Autism & Developmental Disabilities at Stony Brook University. During his 35 years as a researcher and professor, he published more than 100 papers on issues related to applied behavior analysis and positive behavior support in the home, classroom, workplace, and community. Deeply engaged in community education and outreach, Dr. Carr trained many undergraduate and graduate students who have entered the autism field; he lectured extensively, served on the editorial boards of 17 journals, and gave workshops in the United States, Canada, and Europe. He is also the author of a best-selling book, “Communication-Based Intervention for Problem Behavior” (1994).

In 2005, Dr. Carr was named to the Panel of Professional Advisors of the Autism Society of America (ASA), a national association with 120,000 members dedicated to educating the public about autism. The panel helps set national standards for autism research, as well as practice and policy regarding the care of individuals with autism. He received numerous awards in his field including the Applied Research Award for Outstanding Contributions to Applied Behavioral Research (American Psychological Association, 2001) and the Distinguished Research Award for Career Achievement (Association for Retarded Citizens, 1999). A Fellow, American Psychological Association and past president of the Association for Positive Behavior Support, Dr. Carr was named in Who’s Who in America (2005) and Who’s Who in American Education (2004).

Dr. Carr secured his undergraduate and graduate degrees from the University of California at San Diego and was Medical Research Council of Canada Postdoctoral Fellow at UCLA. He joined Stony Brook University in 1976 as an Assistant Professor and quickly rose through the ranks to full Professor in 1985. In 2000, he was designated Leading Professor by the State University of New York in 2000 and was thrice selected “Teacher of the Year” in the Department of Psychology (2004, 2006, 2008).

Ted Carr and Ilene Wasserman are survived by their only son, Aaron, and Ted’s brother, Allan.

A Campus Memorial Service will be held for Ted Carr in Fall 2009 for returning faculty and students. Please check the Psychology Department web site for updates at