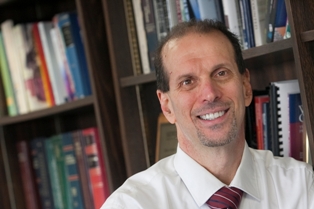 STONY BROOK, N.Y
., May 18, 2011 –
Jeffrey A. Segal, Ph.D
., a SUNY Distinguished Professor and Chairman of the Department of Political Science at Stony Brook University, has been named a 2011 Guggenheim Fellow.  Based on distinguished achievement in the past and exceptional promise for the future, the Fellows were chosen from a group of almost 3,000 candidates.

“The Guggenheim Fellowship is an esteemed mark of respect,” said Dr. Segal.  “I look forward to making the most of this opportunity to further my research into the Supreme Court.”

Dr. Segal’s Guggenheim project title is “Supreme Court Decision Making During Times of Crisis: 1793-2010,” in which he plans to expand on research he did with several colleagues entitled “The Supreme Court During Crisis: How War Affects Only Non-War Cases” (New York University Law Review, April 2005).  The paper made the case that, after controlling for a variety of relevant features including ideology, the Supreme Court is more likely to restrict liberties during war or other crisis then it is during peacetime.  The project won numerous awards, including The McGraw-Hill Award.

The work covered only the period between 1941-2002, which means that while it included World War II, the Korean War, the Vietnam War and the first few months of the Gulf War, it only covered the first year of the Afghanistan War and none of the Iraq War.  And restrictions in the database resulted in the omission of  several interesting periods in American history where scholars have contended that the Supreme Court limited liberties, including World War I and the Civil War.

“Historical institutionalism and its various subsets, such as American political development, have pushed scholars to broaden their time horizons,” says Dr. Segal.  “Whatever the reason and the research program, the upshot is clear: it is nearly impossible at this late date to ignore the historical turn that has taken place in social science work on judicial politics and behavior.”

The recipient of numerous honors and awards during his distinguished career, Dr. Segal received the Law and Courts Teaching and Mentoring Award in 2008 for innovative teaching and instructional methods and materials in law and courts, sponsored by the Division for Public Education of the American Bar Association.

He lives in Mount Sinai with his wife, Christine, and their two children, Michelle and Paul.  Dr. Segal has just concluded 10 years of service on the Mount Sinai School Board.

Since its establishment in 1925, the John Simon Guggenheim Foundation has granted nearly $290 million in Fellowships to more than 17,000 individuals.  Time and again, the Foundation’s choice of Fellows has proved prescient: thousands of celebrated alumni and scores of Nobel, Pulitzer, and other prizewinners grace its rolls.  In a time of decreased funding for individuals in the arts, humanities, and sciences, the Guggenheim Fellowship program is all the more important.  Donations have ensured that the John Simon Guggenheim Memorial Foundation will be able to continue the mission Senator and Mrs. Simon Guggenheim set for it: to “add to the educational, literary, artistic and scientific power of this country, and also to provide for the cause of better international understanding.” – See more at: http://commcgi.cc.sunysb.edu/cgi-bin/am2/admin.cgi#sthash.0dmCLsn3.dpuf