SBU News > Newsroom > Press Release > General > Recognizing the Signs plus F.A.S.T. Thinking Can Save Lives during a Stroke
GeneralMedicineNewsroomPress Release

Recognizing the Signs plus F.A.S.T. Thinking Can Save Lives during a Stroke 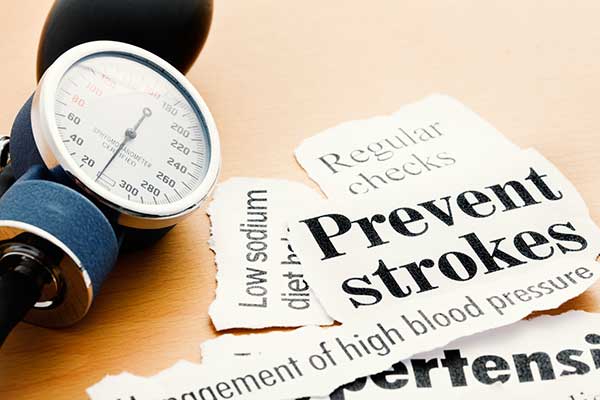 Recognizing the Signs plus F.A.S.T. Thinking Can Save Lives during a Stroke

STONY BROOK, NY, May 12, 2016— Almost 795,000 Americans suffer from stroke each year, 130,000 which are fatal, making stroke the fifth leading cause of death in the United States. But how many Americans would be able to recognize the signs and symptoms of stroke? And how many know what to do if a family member is having a stroke?

Director of the Stony Brook University Stroke Program, Michael Guido, M.D., also a co-director of the Stony Brook University Cerebrovascular and Stroke Center, has been leading the way for stroke prevention, education, treatment and care. And in honor of Stroke Awareness Month, he is spreading the word and raising awareness about the important signs and symptoms of stroke that everyone should know.

First, Dr. Guido says there are two kinds of strokes that everyone should know about– ischemic, in which a blockage prevents blood flow to the brain, and hemorrhagic, where there is bleeding in or around the brain.

“Ischemic strokes are the most common, occurring in about 80 percent of cases,” says Dr. Guido. “Both kinds can be either acute or chronic. Acute stroke generally signifies the sudden onset of symptoms, indicating that you are indeed having a stroke. Chronic stroke indicates the presence of factors that could eventually cause a stroke, such as a blockage or an un-ruptured aneurysm. In these cases, if detected in time and treated, stroke can be prevented.”

“Ischemic strokes are the most common, occurring in about 80 percent of cases,” says Dr. Guido.   Acute stroke generally signifies the sudden onset of symptoms, indicating that you are indeed having a stroke.

Signs of ischemic stroke include paralysis, particularly on one side of the body, difficulty with speech or vision, overall weakness and/or total loss of consciousness.

“People also may experience signs that resolve themselves, which may indicate what is commonly called a mini-stroke, or transient ischemic attack (TIA),” says Dr. Guido. “Although TIAs tend to quickly resolve themselves, they are often a precursor to a major stroke, so it’s important to take them seriously and see a doctor if you suspect you have had one.”

The signs of a hemorrhagic stroke are more dramatic and painful and can include the sudden onset of a headache, often described as the worst headache of your life.

Only about two out of three Americans can correctly identify at least one warning sign of stroke. To improve that statistic there is a quick and easy acronym— F.A.S.T., which stands for:

“Speed of treatment is crucial,” Dr. Guido says, “people are seeking treatment faster — and, more critically, at the right place – a healthcare facility that’s been certified as a primary stroke center. The Stony Brook Cerebrovascular and Stroke Center is certified by The Joint Commission and the New York State Department of Health as an advanced primary stroke center.”

The Stroke Program received the highest award of Gold Plus “Target Stroke Honor Roll – Elite PLUS” from the American Heart/Stroke Association’s ‘Get with the Guidelines’ Award Recognition Program because the hospitals performance exceeded the requirements in all measures in all categories.

“If you suspect you’re having a stroke, get help immediately – call 9-1-1.” urges Dr. Guido. “Alert the operator that you are having symptoms of a stroke. Ask to be taken to a primary stroke center, where appropriate and efficient protocols are in place, the latest interventions are available 24/7 and your medical team is experienced and highly trained.”

“While we hope that you or someone you love never has to experience a stroke,” says Dr. Guido, “it’s important to know that Suffolk County’s only academic medical center is leading the way in stroke care for thousands of patients in our community and across the country.”

Stony Brook University Cerebrovascular and Stroke Center (CVSC) has a dedicated team with the expertise needed to diagnose and treat a wide range of cerebrovascular diseases. The Center offers a multidisciplinary team of neurologists, interventional neuroradiologists and cerebrovascular neurosurgeons who are committed to excellence in patient care, research, and education. The CVSC uses a multidisciplinary, team-based approach, state-of-the-art facilities and equipment, and the latest surgical and minimally invasive techniques to accurately diagnose and treat cerebrovascular disorders. State-of-the-art facilities include high-speed computed tomography (CT), MRI, biplane angiography equipment and a new $14 million cerebrovascular biplane suite. To learn more, visit www.neuro.stonybrookmedicine.edu.