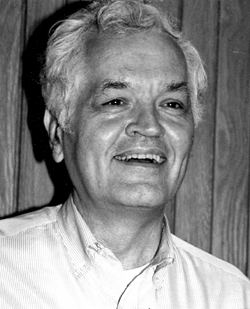 
STONY BROOK, N.Y., May 7, 2009 — A Stony Brook University mathematician was named by the Society for Industrial and Applied Mathematics (SIAM) as one of the nation’s leading applied mathematicians to be named in the initial list of Fellows. The honor is given for work that has reached the highest levels of honor and distinction. The SIAM Fellows is a high honor for researchers who make major impacts in fields of applied mathematics. The medal also recognizes contributions to innovation, industry, or education.


James Glimm, Ph.D., who is Chair of the Department of Applied Mathematics at Stony Brook, was noted for his work in shock wave theory and other cross-disciplinary fields in mathematical physics. Dr. Glimm is also a Professor and a member of the scientific staff of the Center of Computational Science Center at Brookhaven National Laboratory.

“We are very proud of Dr. Glimm,” said Shirley Strum Kenny, President of Stony Brook University. “He has done extraordinary work in his field and has helped Stony Brook earn its reputation as a leading research university. “

“Science for me is the ultimate adventure of the human mind,” said Dr. Glimm. I am honored by this recognition for my research spanning multiple areas of pure and applied mathematics, theoretical physics, and computation.”

Dr. Glimm has made outstanding contributions to shock wave theory, in which mathematical models are developed to explain natural phenomena that involve intense compression, such as air pressure in sonic booms, crust displacement in earthquakes, and density of material in volcanic eruptions and other explosions. He also has been a leading theorist in operator algebras, partial differential equations, mathematical physics, applied mathematics, and quantum statistical mechanics.

Dr. Glimm’s work in quantum field theory and statistical mechanics had a major impact on mathematical physics and probability and dramatically raised the scientific level of those fields. He also established a center of applied mathematics at Stony Brook, where, through a network of collaborations with research groups elsewhere, he has been a key player in present-day research in applied mathematics. –